Aperitivo in Turin is a lively, colourful and infinitely sociable way to spend a few hours relaxing before dinner or even for an alternative take on an evening meal with friends, colleagues or family.

This local ritual has been an essential part of Turin life since the eighteenth century when Benedetto Carpano introduced Vermouth, a fortified wine flavoured with roots, barks, seeds, herbs and spices, to the bars and cafes of Turin. Order it neat or mixed in a Martini, Manhattan, or a Negroni cocktail. Punt e Mes, Carpano’s bitter alternative take on the traditional vermouth, that is dark brown in colour, is used in the Negroni version and really pack a punch. Martini & Rossi, the local producers of the iconic Martini brand, and the top selling international brand of vermouth, have been in Turin since 1863. 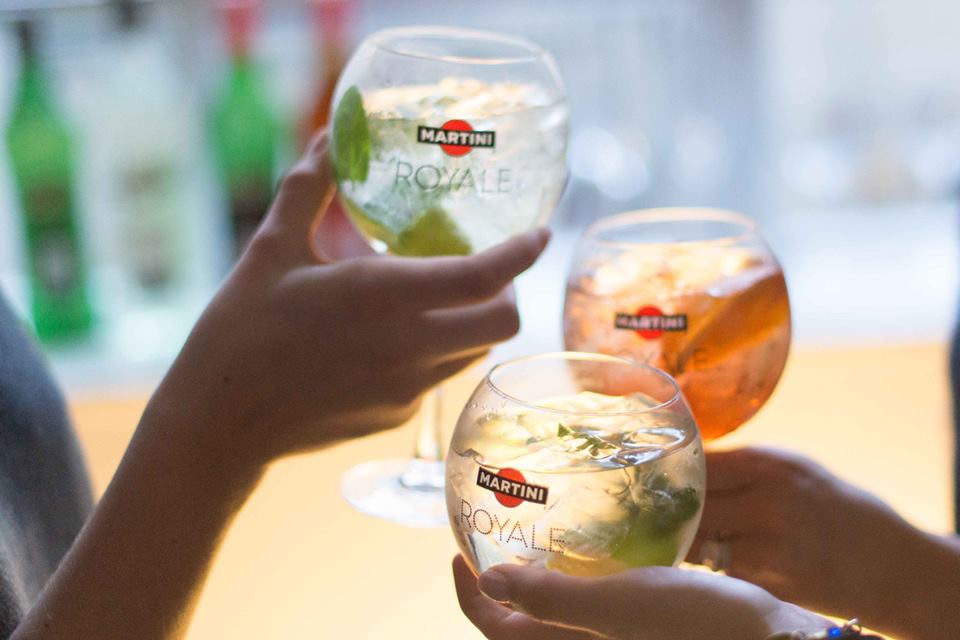 Many of the bars and cafes serving aperitivo in Turin have their own aperitivo della casa, a house mix to accompany the nibbles.

What’s the Difference Between Aperitivo and Apericena?

Traditionally, aperitivo is meant to whet the appetite before dinner and is accompanied by a variety of appetizers (stuzzichini) such as cold cuts, cheeses, salads, olives, bite-sized pizzas and other savouries. However, such is the popularity of this time honoured tradition, a new concept of apericena has been introduced in recent years that closes the gap between aperitivo and dinner and acts as a less formal alternative to eating out in a restaurant. Now, sumptuous buffet tables in bars and cafes all over Turin groan with a mix of the traditional bites plus pasta and rice dishes, grilled and freshly chopped vegetables, couscous and quinoa salads, cakes and more…

Where to go for Aperitivo in Turin?