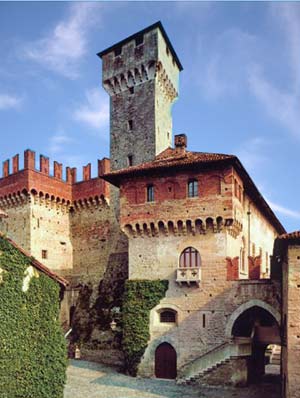 Don’t know what to do with your weekends? What about spending time exploring castles in Piedmont? This summer I’m taking to the road to see some of Italy’s most impressive noble residences. Think romantic castles, magical forts, enchanting palaces, impregnable towers and luxury villas. So, what are you waiting for?

Some of the castles in Piedmont are open year round. However, there are many more that we can only visit during the months of May through October as part of an initiative called Castelli Aperti. During these months, Piedmont opens up around 90 fortified and stately residences in the provinces of Cuneo, Asti and Alessandria

How amazing is that! And wait till you see them…you’ll be blown away!

In Italy, it’s customary for chic urban types to head to the countryside at the end of the week. So, if you want to live a bit like a local then I suggest you do the same.

If you’re in Turin like me, then a chance to escape the weekend crowds provides some light relief after a full on week. One area that I haven’t explored so much is the province of Alessandria. So, this weekend I’ve decided the first stop for seeing castles in Piedmont is to head for the Monferrato hills. Here there are 2 distinct areas: ‘Basso Monferrato’ and ‘Alto Monferrato’.

Even a quick glance at the website tells me that this area is packed with fortified residences, medieval villages and vast stately residences in this startlingly green landscape. Many of the residences are now privately owned by titled landowners. They offer guided tours through their rooms and gardens during Castelli Aperti season. 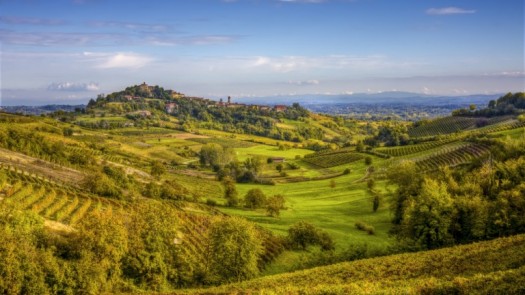 I can see it’s going to be difficult to narrow it down! But I want to make a list of about 10 that I’d like to go to and pick from them. The official website doesn’t make it easy unfortunately. There doesn’t appear to be a full calendar of what’s open when. I manage to untangle a bit of the information by looking at their Facebook page or by looking at the castle website (if they have one).

And so here is the list I came up with divided into Basso Monferrato and Alto Monferrato…They all sound incredible!

Perched proudly above the ancient town of San Giorgio it is possibly the oldest country residence in the area. Documents for the town exist from as early as 999. That’s incredible! Now a 3-star hotel and restaurant, the Marquis of Monferrato once had his court here. There are guided visits by appointment and fabulous views over the Monferrato countryside and vineyards. 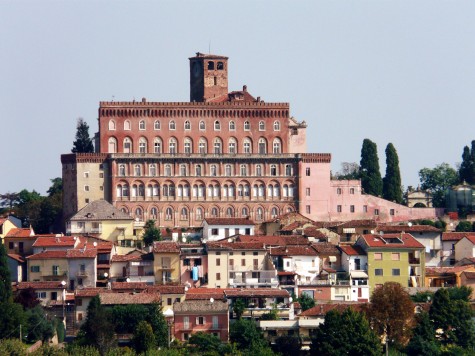 This is considered one of the most beautiful Castles in Piedmont. Built around 1000 It was very popular with the Savoy family especially Vittorio Emanuele II, Vittorio Emanuele III and Umberto I. Mussolini later chose it as a location for one of his speeches. With its frescoed halls, stunning courtyards and historic parkland people now choose it as a location for films or celebrations such as weddings. So, basically by coming here I might find myself on a film set! 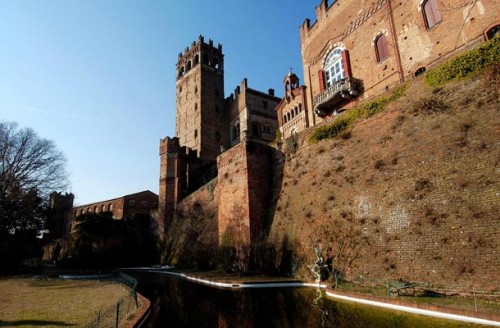 This is another oldie built around the 1st millenium. If you are a fresco fan (who isn’t?) you will love the stunningly preserved frescoed halls of this strategic stronghold. I’m comforted to read though that the thing this castle has been most strategically important for is its vineyards. Since 1246 its ‘cantine’ produces only DOC status wines! If that isn’t worth a visit, I don’t know what is! Could this be my first castle trip? 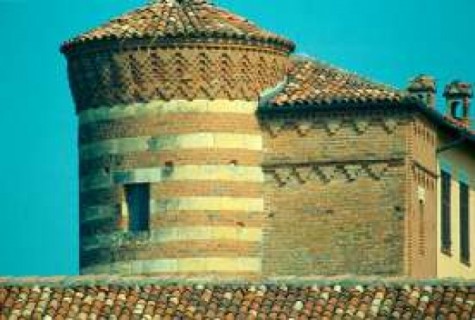 It has one of the most spectacular views in Piedmont over the jewel green landscape that the Savoy family ruled from 1703. That alone makes it perfect to tie the knot here. You will feel like royalty if you choose to stay in the castle grounds in one of the mini apartments. The idyllic setting gets better at dusk and dawn when the chapel of St. Eusebius is caressed in a soft, romantic light.

The trompe l’oeil chapel is one of the main draws here. But the gardens also sound wonderful. There’s an Italian garden, a romantic garden and even a secret garden where ancient varieties of fruits grow. I hope I can find it! You can get married here too and dance on the lawn at night under the stars. Guided tours during Castelli Aperti season. 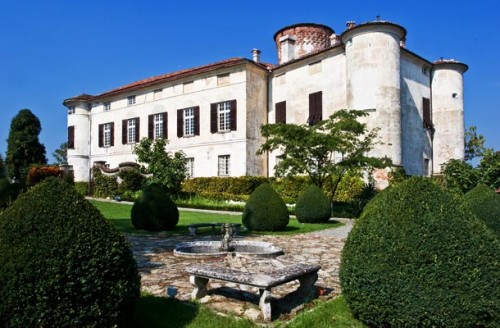 This doubles up as a B&B and winery. Dolcetto vineyards carpet the castle grounds and cascade down the slope in a scene of sheer beauty. The endless greenery and heady blossoms make the heart swell with happiness. I can imagine standing there and feeling the history – the passage of people, their cultures and their faiths. Guided tours are organised for the Castelli Aperti season.

This castle is surrounded by the medieval village of the same name and is now a winery. The owners have added an extra touch of class with wine bottles and glasses that feature the family coat of arms. You can have parties here too and there are guest rooms. I also found out that in spring roses, clematis and ivy cover the castle to create a stunning floral display. That must be worth seeing!

This castle dates from the 13th century. It has guest room furnished with a chic mix of antiques and modern pieces. I absolutely love that kind of look, don’t you? In this fairytale setting you can book out rooms for parties and celebrations. They also have their own restaurant with seasonal menu. Don’t forget that the Monferrato is a gastronomic paradise for those who appreciate great food and wine. Eating and drinking in a castle has to be the best! 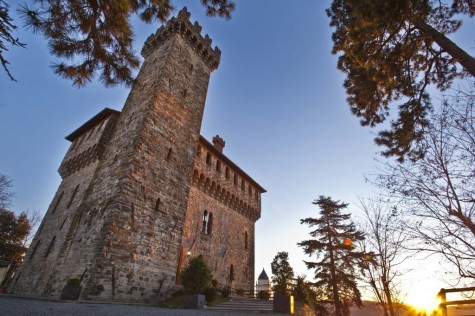 There are stunning panoramas of the surrounding countryside of pure natural beauty. A former seat of feudal lords the castle is still owned by ancestors of one of the families. I’m excited to read that the Gallesio-Piuma family conduct the guided tours during the Castelli aperti season. There must be so many fascinating stories that the walls of this castle can tell. The countess Gallesio-Piuma also opens the castle for luxury weddings. 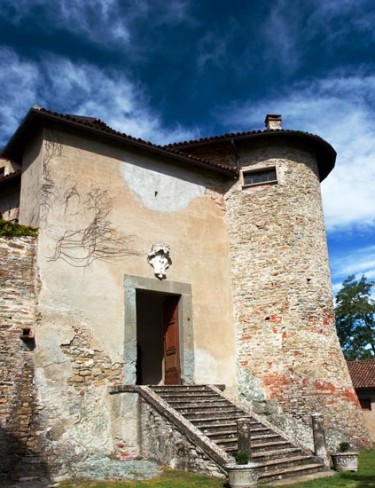 This castle looks more like a villa with its red and pink ochre walls and pretty gardens. So, you wouldn’t imagine to look at it but this castle first started out life as with a military purpose. It then became home to some of the area’s most illustrious noble families. Undoubtedly, this castle’s collection of First and Second World War documents will be of great interest to military buffs.

Well, after that I’m spoilt for choice! Which one would you go to first?

Other useful links to discover castles in Piedmont, Italy: