An Italian Vineyard Recipe from Piedmont

I heard on the grapevine that the vendemmia in Piemonte has already started! Moscato and Dolcetto grapes are on their way as we speak to making this year’s 2015 vintage, which is predicted to be good despite heavy rains early in the year. 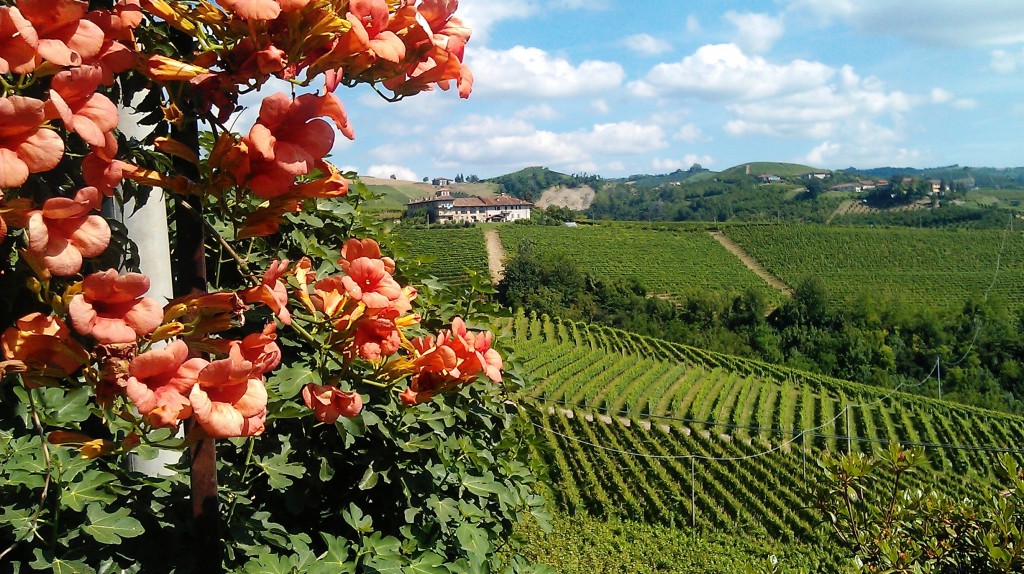 Which reminds me of when I watched the ex-pat John Peter Sloan’s TV programme on Rai 5 the other day and listened to him recounting stories of his first years discovering Italy. He arrived from his hometown of Birmingham and whilst visiting Piedmont was served with great flourish and pride, tajarin al tartufo with shavings of the sublime white truffle of Alba. The dish looked rather bland to him whereupon he committed the ultimate sin of asking for tomato ketchup. The waiters were rightly scandalised and ignored his table from then on….and I have to say I shuddered myself! 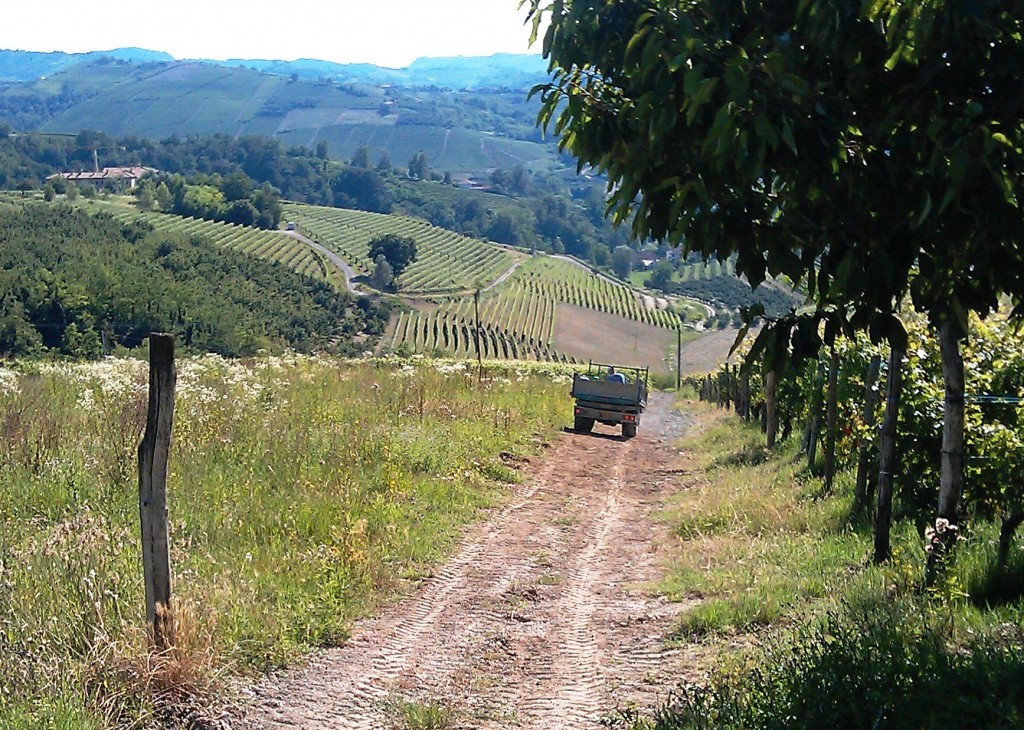 So I can safely say that I will not be proposing anything in the ketchup range for my light snack! Instead I thought of doing something simple but which showcases the excellence of Piemontese products – a jar of local tomini goat cheese (from Murrazzano – famous for its cheeses) marinated in olive oil, chilli flakes & fresh oregano served with whole wheat friciula, a sprinkle of crushed hazelnuts, wild thyme & coarse salt and frozen grapes.

La friciula is a traditional Piemontese ‘fried’ bread snack which is normally served with lardo or prosciutto. Here I’ve made them with half and half whole wheat and white flour and instead of frying them in lots of oil, I’ve cooked them in a non-stick frying pan with a small amount of olive oil. They come out as a mix between a slightly puffy chapatti and a pita bread.

I was given the tip about eating frozen grapes from a bar owner in Carru and indeed they are transformed when frozen, it’s rather like having a grape sorbet after the meal and totally delightful on a hot day.

Recipe from Piedmont: Serves 6 with aperitivi 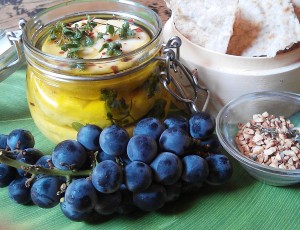 2 tsp dried chilli flakes (or more if you like)

Place tomini cheeses in the jar (I’ve used 3) layering them with chilli flakes and oregano.

Pour in enough olive oil to cover and close the lid tightly. Chill in the fridge for 1-4 weeks in order to marinate well and then let the cheese come to room temperature before serving. 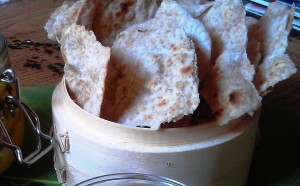 Sieve the flours into a large bowl and stir in the yeast.

Slowly pour in the water and stir well.

Using your hands knead the mixture for about 5 minutes until you have a smooth elastic ball.

Leave the dough in the bowl, cover and let rise in a warm place until it is about doubled in size.

Take out the dough onto a floured board. Give it another quick knead then divide into 6 balls.

Using a rolling pin, roll out each ball into a thin disc.

Heat a non-stick frying pan with about 1-2 tsp of olive oil.

Put one of the discs into the pan and, cooking both sides, cook for about 2-3 minutes. The disc will bubble up and turn slightly brown.

Repeat with each disc. Break into pieces to serve as ‘crisps’.

2 Tbsp fresh thyme, chopped (or dried if you don’t have fresh)

Take a friciula crisp, top with a slice of marinated cheese (making sure you get some of the spicy oil) and sprinkle with toasted hazelnut mix.

Before taking another crisp – try a mouth cleansing frozen grape and, naturally, a sip of chilled Arneis white wine or a Dolcetto red. 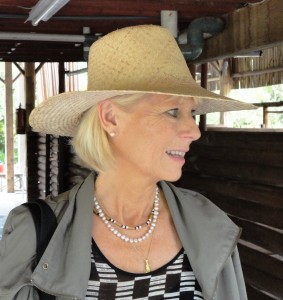 She continues her love of food and research by exploring all the wonderful places and products here in Northern Italy; She is a member of Slow Food Italia and teaches seminars on healthy eating and juicing, as well as writing her food/health blog www.eatingcloudsinitaly.com