Fitness in Turin: Turin, the capital city of Piedmont, can also be considered the capital of sport.  Residents are big fans of active sports and fitness, offering inspiration to us all in their healthy regard for exercise and the full range of sporting and leisure opportunities that can be practiced all year round. 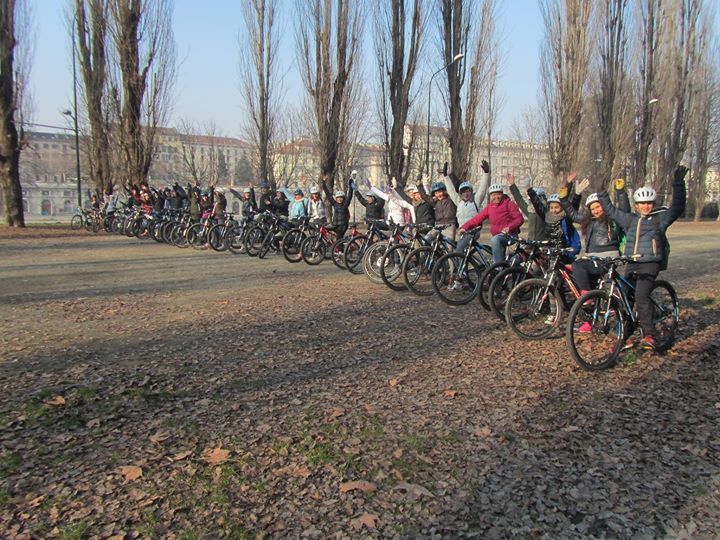 Some of the most popular sports with locals are football, tennis, swimming, basketball, horse riding, motor cross, cycling, skiing and hiking. Gym membership is very common and Turin has plenty to choose from. 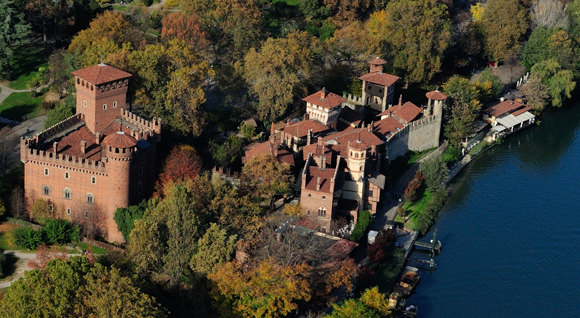 If you prefer the outdoors, the city’s many parks including Parco Valentino, Parco Ruffini, Parco della Colletta, La Pellerina and also La Mandria in nearby Venaria are popular places for jogging, rollerblading, impromptu kick abouts, the odd game of cricket, cycling, and speed walking. 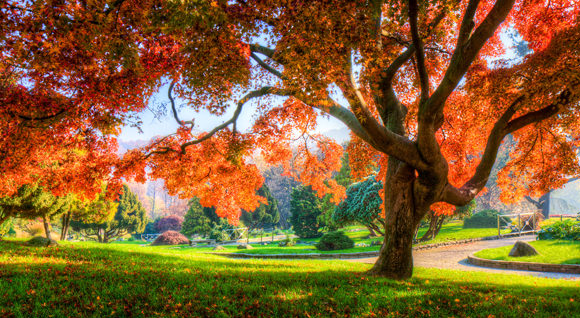 Parco Valentino in Turin during autumn – compliments of parcovalentino.com 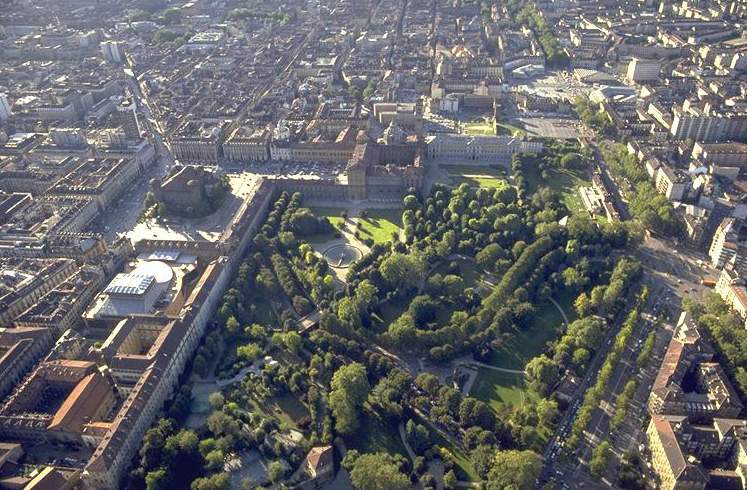 If you simply fancy a stroll, check out Turin’s Royal Gardens and here’s a list of green spaces in Turin. Groups of friends and families also flock to the parks and gardens in Turin and around the Piedmont region on good weather weekends to go walking or hiking. 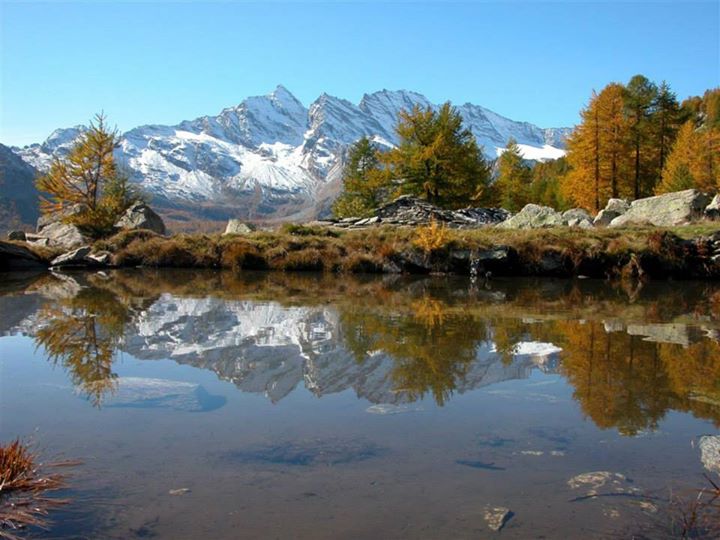 Turin is also famous for its canoeing and kayaking on the Po and boasts three clubs: Società Canottieri Esperia, Società Canottieri Armida and Reale Società Canottieri Cerea all down by the river Po. The internationally renowned endurance race ‘Silver Skiff’ regatta is held in autumn. The only race of its kind in Italy, it started in 1992 when Vittorio Soave, a Cerea club member, challenged the Cerea and other Turin rowing clubs to race single sculls over an 11km distance.

Golf clubs are also surprisingly popular and include the top level venues of the Italian Open, the Golf Club Torino and the Royal Park Golf Club, both set in the beautiful surroundings of the royal park at Venaria. Exclusive they are, however they are also very welcoming to players of all abilities. A smaller (9 hole) club “I Cigliegi” (The Cherries) in the hills in Pecetto, is particularly beautiful when the cherry trees blossom in spring.

Professional cycling has always been popular in Italy and Giro d’ Italia  often passes through Turin on one of its stages in late May, early June. In recent years, the Turin public have warmed to the bike also as a way for getting around the city and for weekend bike rides. Turin has more than forty kilometres worth of cycle paths and it’s possible to cycle from Stupinigi (Royal House of Savoy Hunting Lodge) just south of the city to San Mauro north of the city, without encountering major roads and hills. 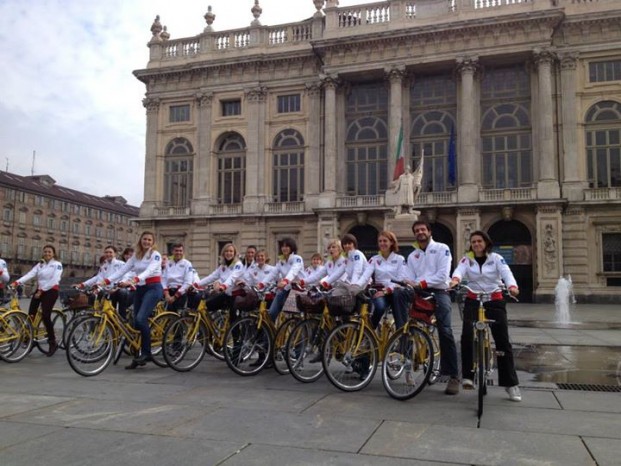 If out of the saddle is more your thing, the Turin Marathon in November (it used to be April) is a big event attracting international and professional runners. The forty-two kilometre circuit starts and finishes from one of Turin’s main piazzas (Piazza Castello or Piazza San Carlo) and goes to Collegno, Grugliasco, Moncalieri, Nichelino, Beinasco, Orbassano.

Stratorino (7.5 km) and Junior Marathon (1 km race for children) are two fun races included on the day and are a unique way to enjoy the city for families, children, residents and visitors. Proceeds from these two events goes to charity.

In winter, you can of course, leave the city and hit the mountain resorts for winter sports including skiing and snowboarding. There is even a ‘Settimana Bianca’ (white week) in February when Italian families traditionally head to the pistes. The via Lattea (Milky Way) is the most popular snow sports destination comprising Sestriere, Pragelato, Sauze D’Oulx, Claviere, Cesana Torinese and Bardonecchia. In summer months, you can also enjoy climbing, mountaineering, parachuting, mountain biking and hiking.

Turin has hosted several major sporting events as well. The Winter Olympic Games of 2006 put Turin on the map as a bona fide tourist destination and marked the beginning of a new era for the city. Post Olympics the venues are used to host regular sporting events setting the pace for international sporting competitions that Turin continues to attract. The World Chess Championships were held in 2006, just after the Olympics and the World Figure Skating Championships in 2010. Skating galas are also a regular feature at Palavela and for winter fun there is usually an outdoor ice rink set up for the public, in the lead up to Christmas, in one of the city’s central piazzas. Palavela was also host to the Davis Cup, the premier international event in men’s tennis, in January-February, 2013.

Italy also met Australia in Turin’s Stadio Olimpico for their November rugby Test Tour in 2013. Stadio Olimpico includes its own museum dedicated to sport. Museo dello Sport exhibition space is dedicated to football, Turin sports, athletes and cycling and also offers tours. Turin hosted the UEFA Europa League Cup final on May 14, 2014 at Juventus Stadium and was the European Capital of Sport in 2015. So, as you can see, active types will have lots of sporting and other fitness activities to choose from in Turin and the rest of the Piedmont region!

Also check out these blog posts about: