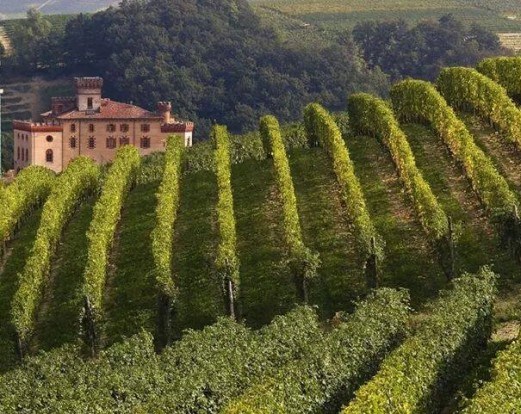 I’m often asked to name an unforgettable event in Italy and while there are many, Collisioni is one of the few that still makes my heart flutter one year after going there. I find myself still emotionally charged and at a loss for logical, well-connected thoughts to describe the event so I usually resort to waving my arms, dancing a bit and gloating, which I think sums it up nicely. It really is that incredible. 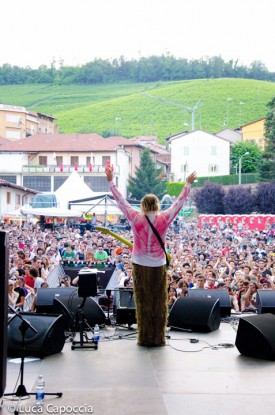 But, of course, I’ll need to be a little more specific if you’re to join the bandwagon and head over to Barolo for the 2015 edition, so here goes…

The Collisioni Festival in Barolo was kicked off in 2009 by a team of Italian journalists, artists and writers who wanted to find a way to reach the new generations and break down the long-standing barriers between different artistic genres. During the 3-day Festival, Italian writers run open-lesson type talks on issues that relate directly to young people, who are encouraged to state their opinions, delve deeper into discussions and ask questions. In fact, 50% of the audience is made up of under-30s, people who want their view on art and culture to be heard. And heard it is, youth hold an important role at the Festival, running web radio programs, preparing interviews, making videos and organizing concerts by emerging artists.

While we may not all fit into the under-30 category, all of us will appreciate the lively, stimulating atmosphere that pervades, which is what makes this literature and music Festival unique. The original idea was a huge success, leading the organizers to establish the entire town of Barolo as its stage for big names in music, art and literature and to host an ever-growing audience. 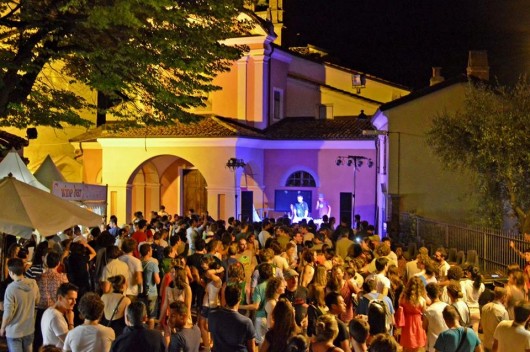 So, what exactly is Collisioni? It is 3 days of non-stop concerts, tastings and events in the squares and along the cobblestone streets of Barolo, surrounded by some of Italy’s most beautiful vineyards in the Langhe hills (this area was recently honoured as a UNESCO Heritage Territory). The town becomes a stage for debates held by Nobel Prize winners, writers, journalists, and actors in an informal format that constantly dialogues with the public. Meanwhile, concerts are going on continuously and simultaneously in the five main squares, offering every possible kind of music to meet the tastes of the diverse public. Some of the past performers included Neil Young, Deep Purple, Elisa, Jovanotti, Patti Smith, Boy George, Bob Dylan, 2 Fat Men, and Suzanne Vega, just to name a few. The likes of internationally famous musicians like Sting and Passenger will be performing this year! 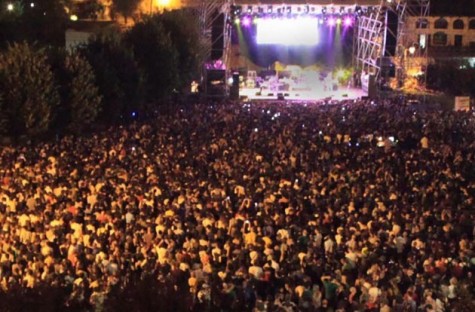 Food and wine, however, are not in any way overshadowed. Collisioni invites chefs from Michelin starred restaurants to create plates of Street Food for purchase while local farmers sell traditional food products and dishes. Some examples include meat filled ravioli, summer truffles, ‘cinta senese’ salami, gelato, nougat (torrone), nut cakes, focaccia and cheese. Last year, 20,000 glasses of Piedmont wine were sold during the Festival. Throughout the weekend, the public can participate in specialized food and wine tastings explained by experts like Stephen Brook (UK), Bernard Burtschy (France), Gao Xiang (China), and Cathy Huyghe (USA). Simply book in advance and your entrance ticket gets you in.

Collisioni 2015 is scheduled for July 18, 19 and 20. Entrance tickets cost 10 euros per person and are valid for a full-day pass to all of the events, giving access to food & beverage stands where local wine, beer and street food is available for purchase. Evening concerts require a separate ticket and can be purchased in advance. There is a children’s area which makes it possible for mom and dad to take in a talk or concert while their offspring are happily playing under the sun. Designated parking is available and a complimentary shuttle will take participants up the hill to the action. If you need a break from the crowds to sip wine or indulge in local treats, head to the surrounding vineyards where wine producers welcome impromptu picnickers among their grapevines.

The best advice I can give in order to get the most out of this extraordinary event is to download the Collisioni 2015 App (available about one month prior to the Festival), scroll through the dozens of appointments scheduled for when you’ll be there, and click for a reminder to attend those that interest you the most. Your smartphone will inform you of times and locations so that you miss nothing. Piero Macagno, who created the App and has sponsored Collisioni for the last five years as Managing Director of BBBell, told me that he recognized participants needed to filter through the myriad of information and events related to the Festival, have the ability to text friends who are participating in other appointments, reserve a table for lunch or dinner, and access additional information on the spot. Those smartphones will also come in handy to capture the essence of the Festival, which is so hard to put into words, in photos and videos that you can show off to your envious friends back home. 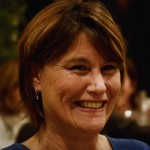 Michelle Samson is a native Californian who moved to Turin in 2000. She has a background in Communications,  with more than ten years of hands-on experience in PR, marketing and event planning in both Los Angeles and Turin. Michelle’s life seems to revolve around words and how they can bridge gaps among different cultures, beliefs and attitudes. She is in the habit of collecting experiences and using them to form the basis for written, oral, and photographic storytelling. https://www.linkedin.com/in/michelle-samson-torino/