Alex Kane started his career as a DJ back in 2010. He was born in Athens, Greece before moving to Turin. Alex’s sets are full of energy based in deep tunes and is well known in certain circles because of his unique taste in music. This year he successfully accumulated 5 years of DJing and will celebrate this milestone at the Happy People Festival this August in Greece – playing in the very same festival with THE MARTINEZ BROTHERS, NIC FANCIULLI, DENNIS FERRER, NOIR, BLONDISH, ROBOSONIC and more! 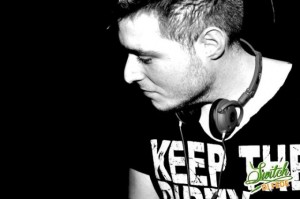 DJ Alex Kane in his own words…

When did you know you wanted to become a DJ and when did you start performing?

Well, I never did actually plan on becoming a disc-jockey. As cliché as it may sound, the music drew me in. The very fact that music has the ability to hold such a strong grip on a person’s emotions was so appealing to me, on so many levels, that I would always find myself more and more eager to learn about it.

Everything started back in 2011 at a private party with my friends. They just asked me to put on some music (they didn’t have a clue about my passion). Sometime later that night, a friend of mine came to me and basically told me he liked my music and it could definitely be used for a good cause.

We couldn’t find any venue in Turin hosting this genre of music DJ’s. After that we formed a group, played in a couple events here and there around the city until, suddenly, two club venues booked me for the season. I’m pretty sure you can guess the rest (I was 21 at that time).

In what period in time would you have liked to live as a musician?

Good question. The answer is definitely going to be the period between 1965 to 1970’s. That period of time was exquisite in my opinion. It was a period in time when everyone was free, spiritually and –at some extent- physically. The hippies, the anarchy of rock…things that are highly unlikely to ever happen again. This was an era when social rules were broken and where borders of laws and ethnicity were broken for the love for music. There was enough freedom even to shout “SEX, DRUGS & ROCK N ROLL”! Something that is nearly impossible to say now, even in 2015.

Which musicians have influenced you and your music?

I could list dozens upon dozens of names…. But that’s beside the point. Although, I could point out that the majority of the artists who influenced me weren’t so famous. I was always inspired by people who had their own unique music taste, were passionate about the music they played and would deny playing anything else. They were extremely likeable just for that! So, I eventually took it upon myself to follow my own “path”, with the advice of a good friend of mine, and old school DJ Maurizio Bensi to find my own sound, as he did. 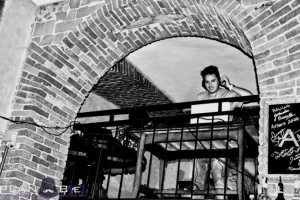 How would you describe your music?

My taste could be easily pointed toward the House genre, especially in dark n’ deep. I love to keep the bass on low frequencies and add waves of melody in my music…things that make my music useful for warm up & for a main program. It most commonly depends on the crowd. My motto about music is: “Different kinds of music can offer the same emotions if you know how to control the vibes”.

What advice can you give aspiring DJ’s?

Great effort is required to achieve something in music, especially where parthenogenesis is nonexistent in art nowadays.

At the very first steps of a musician or DJ you should be certain about your genre and try to book some gigs on your own. Do not try to become famous online…it will not help more than actively being among people that share the same passion for music. The people are the key… the people and the passion!

Can you tell us something about you that not many people know?

I’m passionate about rock music. I always loved it and I always will. It is something unexpected to see for an electronic music DJ but, nonetheless, it’s a fact.

In time you can find out that I have two completely different faces, one is very calm and serious and the 2nd is energetic with a dose of madness! I also care about the environment and I love to help people. In fact, I’ve thrown many events over the years for charity. 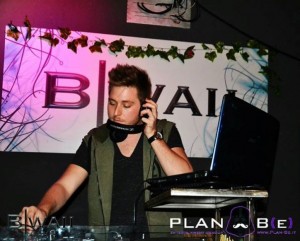 When you’re not performing, where can we find you? What do you like to do in your free time?

Well, for starters, I very much enjoy travelling…even if it’s for work. I never actually pre-schedule my travels. I think that instantly makes it more exciting. I equally enjoy the company of a good book, cycling and experimenting on rock with a tech-house music genre.

Probably if you look for me in the middle of the day I’m going to be on my bicycle or searching for new outlets for music (online or in certain venues).

Can you give us an idea of what the current music scene is like in Turin?

Hmmm… I could say it’s particularly hidden! In the last few years, the music scene in Turin has been changing changed day by day. Two negative things came to Turin…first the closure of the “murazzi” (murazzi was the old merchant storage and warehouses along the river). Later, these became clubs and small venues where you could find any kind of music and people you can imagine! The 2nd is the expensive price of the SIAE. SIAE is an organization which protects artists against piracy but, at the same time, charge too much to DJs and music venues.

As I previously said, the music scene is well-hidden in Turin…you have to actually know the musician or the event. I couldn’t point out venues that always throw high-quality music events because good music is spread all over Turin. An especially good area though, is San Salvario, where every locale is unique. If you just happen to stroll around the area you’ll most likely find an excellent music event.

Stay up to date with DJ Alex Kane…