Leonardo da Vinci – A Self Portrait in Turin

A Self Portrait of a Renaissance Man

Renaissance man, Leonardo da Vinci is universally recognized as one of the most artistic, knowledgeable and learned people of his time. It would therefore be an understatement to say Da Vinci was ‘gifted’ considering his masterpieces of art work, drawings, sculptures, inventions and other disciplines he mastered. Born in 1452, many know the man but some do not connect his name with his birthplace, Vinci, a picturesque village in Tuscany. 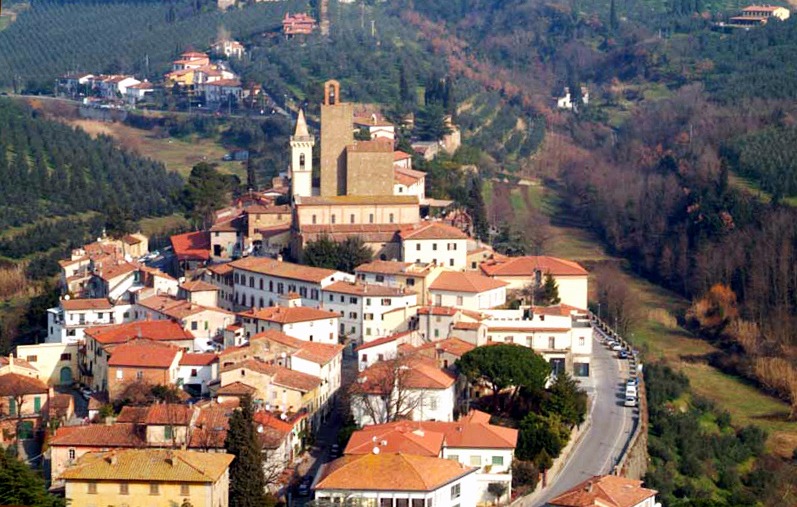 Vinci in Tuscany – compliments of Turismo in Toscana 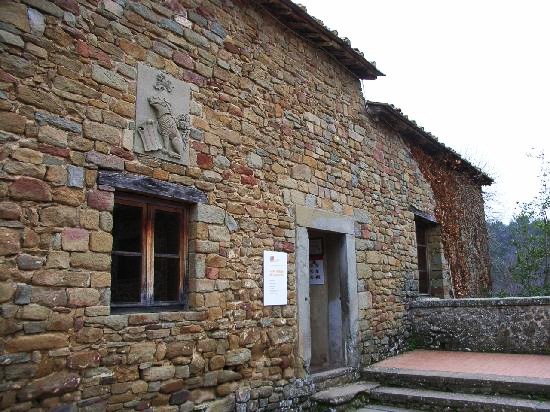 I have visited the small and simple home where Leonardo da Vinci was born in Anchiano, which is just outside the town of Vinci. I was taken back by the humble beginnings of this diversely talented genius who was the illegitimate child of a domestic servant. I have also been fortunate enough to bear witness to his most famous masterpieces: the Mona Lisa in the Louvre in Paris and The Last Supper in the Convent of Santa Maria della Grazie in Milan. So, when I had the opportunity to view Leornardo da Vinci’s Self Portrait and other sketches by the master in the Biblioteca Reale in Turin, I could not resist. Especially considering these works are only shown every few years due to preservation requirements.

Biblioteca Reale, established in 1831 by King Carlo Alberto, is located within Turin’s Royal Palace. A Unesco World Heritage site, Turin’s Royal Library was built to house the rare collections of the House of Savoy and boasts a large selection of precious books (200,000 volumes), rare manuscripts, maps, 2000 drawings by many famous artists and carefully watches over Da Vinci’s Codex on the Flight of Birds and his Self Portrait.

As I entered the Royal Library, I was escorted through a magnificent corridor adorned with wooden bookcases. Then, led down several stairs draped in red velvet carpeting (befitting of a King) into what felt like a vault of the King’s treasures where Da Vinci’s self-portrait was on display. 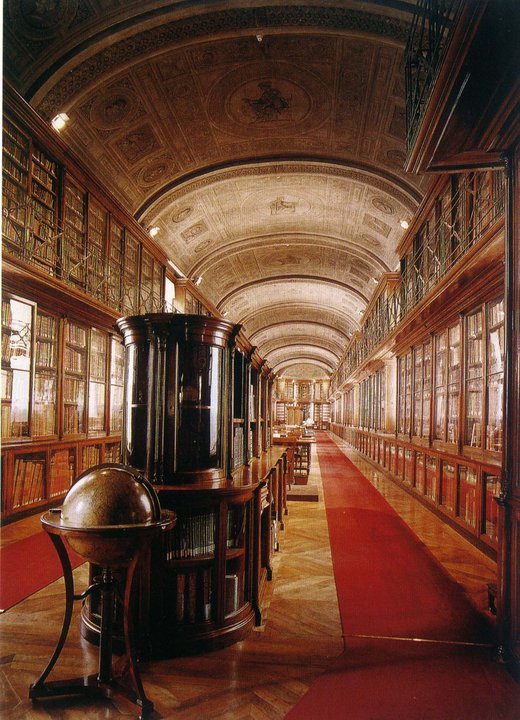 Even though I wanted to give equal attention to the other artwork, I couldn’t help but be quickly drawn in by Da Vinci’s self portrait…after all, this would be one of the only opportunities to nearly come in contact with this mysterious and universally talented mastermind. As I gazed into Da Vinci’s sombre stare, I wondered what he may have been thinking as he sketched himself. I was moved by the detail and intricacy of his work.

I am not an artist myself so I decided to call my artist friend, Mariella Crosio. I asked her to meet at the Caffe Reale, tucked nearby in the courtyard of the Royal Palace, to get an artist’s point of view of Da Vinci and his masterpieces. As we sipped our bicerin, Mariella explained that the technique Da Vinci used for his self-portrait is called sanguigna (“sanguine” in English). Sanguigna is a reddish-brown iron-oxide chalk said to resemble dried blood, which is usually mined in Italy. Mariella went on to say, “Da Vinci’s talent is simply a gift from God and can’t be explained…he was self-taught and a genius. Not only was he an artist, he was a visionary in many ways”. I couldn’t agree more. 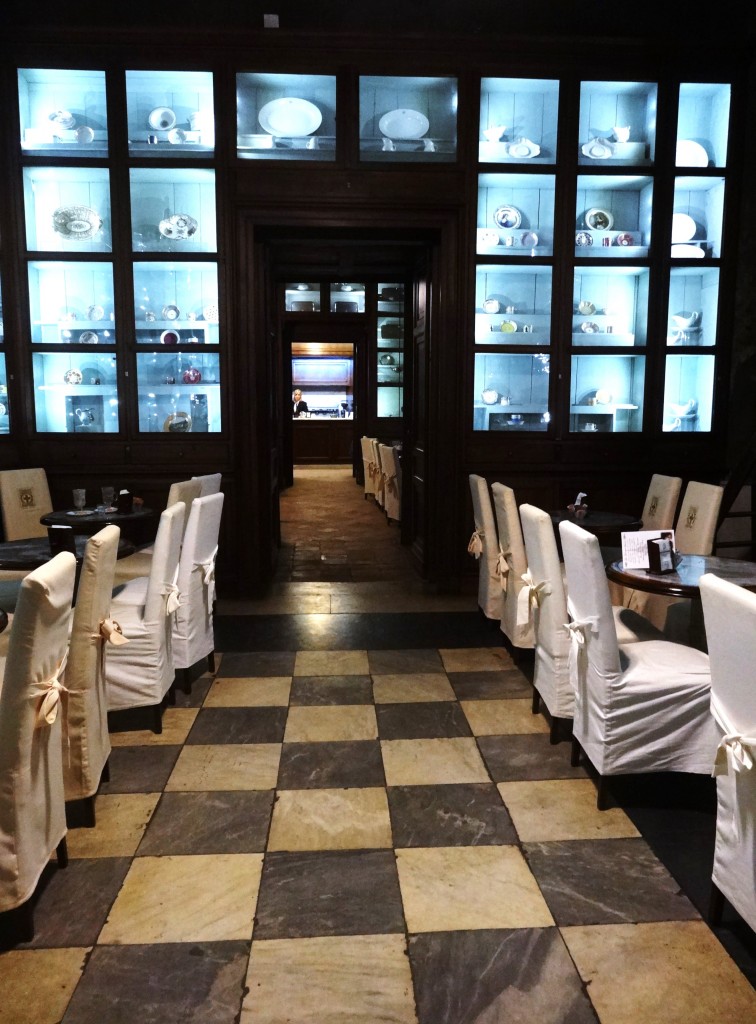 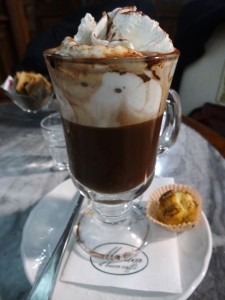 Don’t miss this unique opportunity to view Leonardo Da Vinci’s Self Portrait and other priceless works on display now until the 15th of January 2015 *(due to popular demand, this special exhibit has been extended until the 25th of Jan. 2015).

Admission: 5 Euros; Reduced tickets 3 euros; Tickets available from Tuesdays to Saturdays at the ticket office of the Royal Museums and Monday at the Royal Library. Free admission for holders of Museum Pass, Turin + Piedmont Card and Royal Card.

Guided tours:  Every Wednesday at 5pm there are guided tours of the exhibition at a cost of 5 Euro (max 25 people, only by reservation: 011 543 855 or mr-to.info@beniculturali.it.

For more information visit the Biblioteca Reale’s (Turin’s Royal Library) website or email the museum for hours of operation and tickets: mr-to.info@beniculturali.it

In honor of the 500th anniversary of Leonardo da Vinci’s death, Turin and Piedmont will devote a rich program of events, concerts and more from February to December 2019 to discover this Renaissance man through many extraordinary works preserved in the Piedmont region. Here’s information of all the activities that will take place during The Year of Leonardo da Vinci in Piedmont.

“Occasionally, in a way that transcends nature, a single person is marvellously endowed by Heaven with beauty, grace and talent in such abundance that he leaves other men far behind, and indeed everything he does clearly comes from God rather than from human skill.”    – Giorgio Vasari, on Leonardo, in ‘Lives of the Artists” 1568