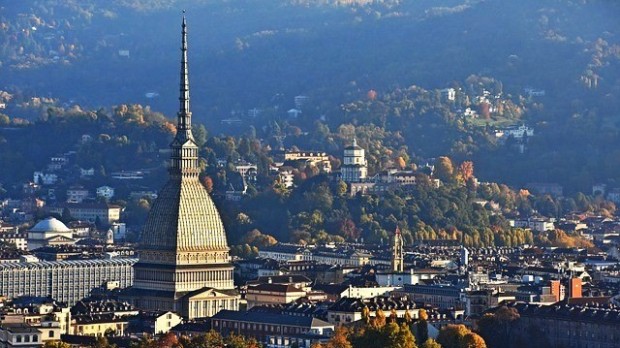 Movement Behind the Scenes

Mole Antonelliana: The Symbol of Turin

It doesn’t matter whether you’re walking through the streets of Turin or if you’re in the nearby hills… when you look around, your eyes will be caught by the Mole Antonelliana. Also simply known as the Mole, it is the iconic symbol of the city which dominates Turin’s skyline with its architectural beauty, history, and tradition.

The Mole Antonelliana was built between 1863 and 1889, under the monarchy of Vittorio Emanuele II and Umberto I. It was the tallest stonework building for years (168 meters) and its unconventional shape makes it unique. At first, the Mole was going to be built by the Jewish Community to be used as a synagogue but due to some economic and planning issues, the project was left to the district of Turin to complete. Alessandro Antonelli was the architect who designed the project and named the building. 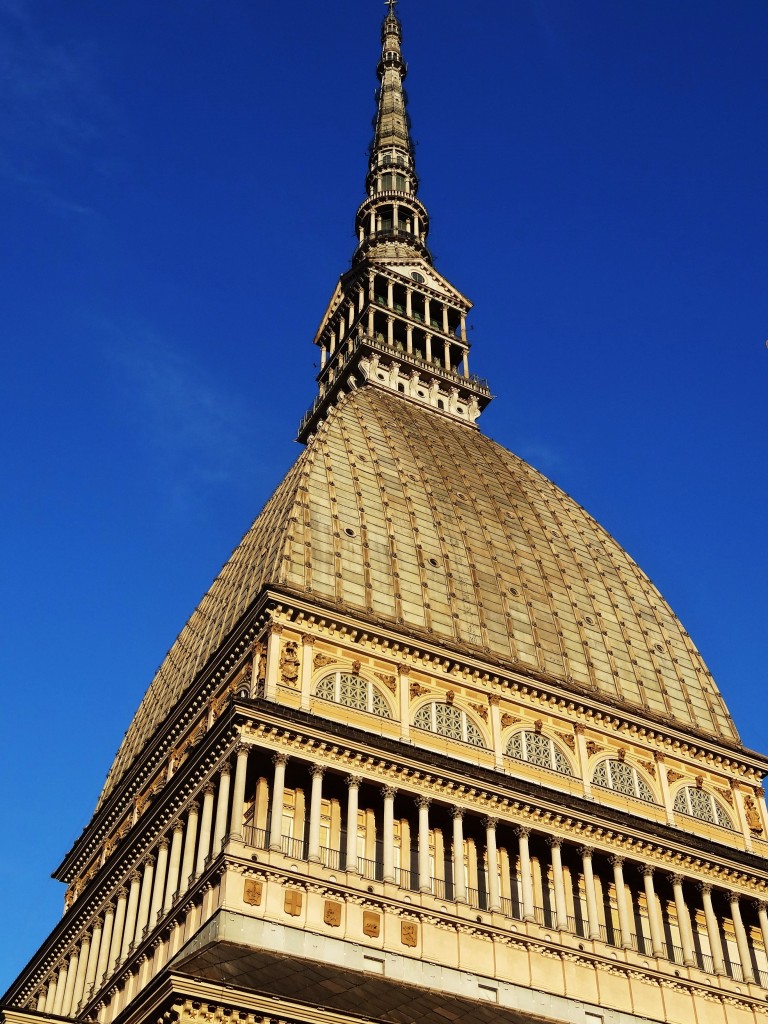 Today, the Mole Antonelliana is the location of the National Museum of Cinema (Museo Nazionale del Cinema) and has been so since 1996.  It’s one of the most important museums in Italy. Inside the museum it’s possible to find, not only the history of cinema, but also everything that has contributed to its birth and affirmation of cinema – from its origins to present day.

The National Museum of Cinema brings you to the discovery of the first photography equipment (now a useless and bulky ancestor of our current technology) which caught the first real pictures. It’s impressive how some of the manual equipment housed in the museum can still create optic effects which amaze and amuse people with their simplicity after almost a century. It’s the first step in the evolution…pictures start to move and illuminate brightly, some have sound effects, others are based on a game of mirrors.

The word “cinema” actually comes from the ancient Greek “kinema”, which means “movement”.  Ennio Flaiano, an important Italian writer and playwright, said that “cinema is the only form of art in which works move and the viewer remains static”. In relation to this concept of movement, you, as a visitor of the Mole, should have this feeling of continuous movement towards a non-specific destination. In order to make the experience interactive, you become a participant of light and shadow, sound effects and resizing of objects (both on and off the screen). For the same reason, you can use the historic equipment or lose yourself in a myriad of photos, videos and posters adorning the inside of the Mole. These elements are also important to help describe the history of those who passionately worked in the world of cinema and who have helped make cinema the phenomenon that it is today. The exhibition perks ones curiosity allowing visitors to discover old hidden cinematographic tricks and special effects used during a time when technology and special effects were generally unknown. 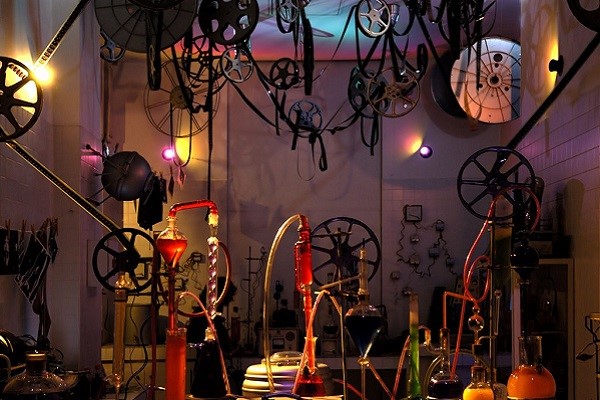 It seems like a game of serendipity…while you’re looking for a particular picture among countless photos on the walls, you can find a past actor or scene that recalls old memories. Art never grows old or remains equal. Masks and old props from scenes that once were alive on the big screen, now seem simply retired.

Another peculiarity of the National Museum of Cinema is that, to remain faithful to itself, it has an area somewhat like a traditional cinema. On the ground floor, there are classic cinema seats where you can relax and comfortably view images and videos while gazing at the amazing view above of the interior design of the Mole Antonelliana. As you admire it, you will become more aware of its beauty. 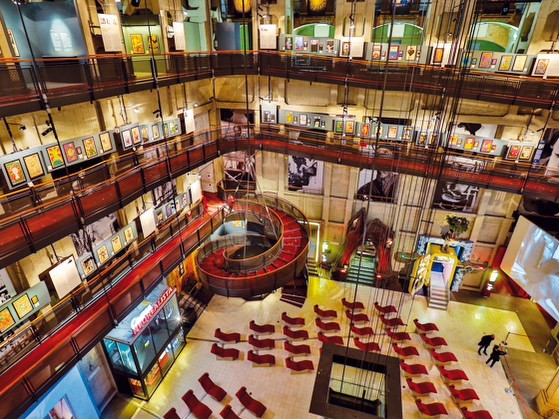 Before the end of your journey through the Mole, there’s one last thing you should do…take the elevator to reach the terrace situated at the base of the Antonellian top. Once you’ve reached it, you can enjoy a perfect view of Turin like you’ve never seen before. Look down below and you’ll see a mix of traditional and modern buildings, a jigsaw puzzle of streets and amazing landscapes surrounded by the Alps. And, one last small piece of advice…as you gaze out and pan the city view, look for a basilica on the hill, it will be worth it. 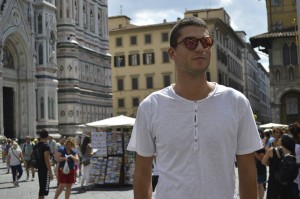 Mattia is a Foreign Languages student who has problems with technology and hot temperatures. “I feel comfortable with pasta, Pink Floyd and Malick. I have a Spada. Amala”.