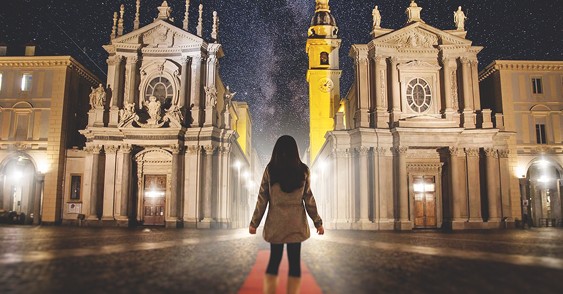 with Turin & Barolo as beautiful backdrops

What Piedmont (Piemonte in Italian) offers is inspiration for all genres of music, so that the most diverse musicians are able to express themselves and truly move listeners through sight and sound. And, at the same time, helps viewers discover places of interest in Piedmont.

Artists, local and international, have set their music videos in the magnificent Baroque city of Turin and surrounding areas in Piedmont, like Barolo, because there’s something for everyone’s visual pleasure. Piedmont’s diverse landscape sets the stage and easily becomes a beautiful backdrop for these music videos. But don’t take my word for it, see (and listen) for yourself and discover Piedmont through music…

“Where words leave off, music begins.”

Perhaps you’ve heard about Turin, read about it or even seen Turin…but have you listened to Turin? Here are some music videos filmed in various locations in the city:

Filmed entirely in Turin, Attimo by Gianna Nannini was on the Top 10 list in 2009, the year it was released. The performer is featured intermittently in the music video, while  actress Valeria Solarino plays the part of a women tormented by her invisible lover. The video opens with an amazing view of the Alps and shots of the Mole Antonelliana, the River Po, and the Re Umberto bridge.

from Gianna Nannini Attimo video – along the Po River, Turin

People from Piedmont love ISTRICE, the song that came out in 2011 as the band’s tribute to the city of Turin. In an interview on MusicRoom.it, Subsonica said, “Love as we know it is often a rough obstacle course. But perhaps it is Turin itself that is elusive, wild in nature, and with a tendency to hide its heart in the middle of the traffic of souls.”

In this light, ISTRICE’s music video is appropriately dark and even grotesque. However, between scenes of blood and monsters are glimpses of the city we love. Shots that capture typical locales like a café, a shopping gallery, and a tram are interspersed with gorgeous overviews of the city featuring the Mole Antonelliana, Dora Park, Piazza San Carlo, Via Roma, Via Po and the Gran Madre Church. 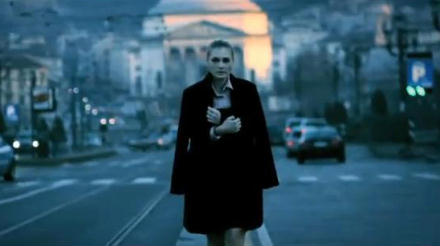 from Subsonica Istrice video – the Gran Madre church as backdrop

Turin by night is a highlight of the music video where the young band dAri performs with Max Pezzali, a singer-songwriter who became famous in 1991 with his band 883. The single Non Pensavo was released in 2009 and fits snugly into the Pop Rock category, making it easy to listen to while checking out the city where the video was filmed.

Day shots were taken outside a local university and in a park, but even more impressive is the filming of Turin by night with its traffic, trams, and pedestrians moving, moving, moving while the artists and their friends stand still. The action, lights and excitement of Piazza Vittorio is real. 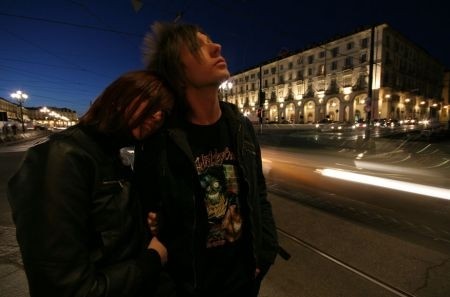 At the top of the charts in the autumn of 2010 for most-downloaded song on iTunes, Sing-Hiozzo tells the story of an astronaut in training who wanders the streets of Turin while simulating a flight to Mars, only to lose courage and abort the mission.

Putting aside the oddity of an astronaut walking the streets of Turin, listeners can enjoy the regal scenery in the music video, including Piazza Castello, Piazza Palazzo di Città, Piazza Carlo Alberto, via Pietro Micca and the arches surrounding Piazza San Carlo. Though the streets are abandoned for the filming, one gets a feel for life in this historic city through the hot coffee and pristine tables set for lunch. 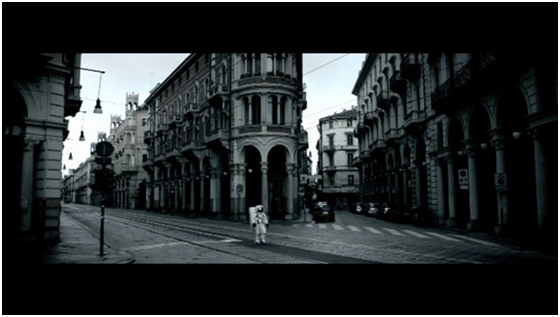 Charlie Rey is a 23 year-old aspiring singer from Long Beach, California. His smooth R&B sound is featured in the acoustic version of North Wind, which was filmed in Turin in 2014. The music video alternates between shots taken in a sound studio and others in Piazza Castello in the center of Turin. Serving as a backdrop for Charlie Rey and his guitar are the Royal Palace and Palazzo Madama, and his co-stars are passers-by who stop to listen to the music. 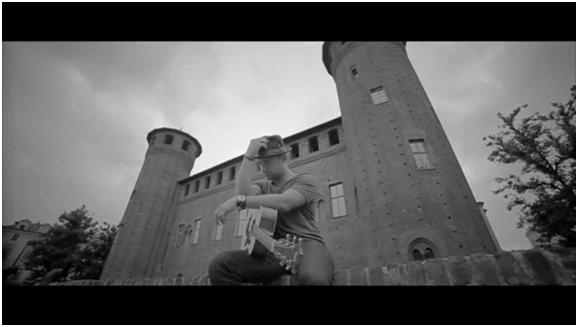 Stereo Age is a local band from Turin that was formed back in 2010 by four friends who share a love of music. Daniele Ardissone, one of the original members, says the group plays melodic punk music, mixing sounds that were made famous in the USA at the end of the 1990s with more recent versions of this genre. According to the band, the audience is guaranteed guitar, rhythm and good listening from them as they continue to have fun making music together.

The Red Carpet was released as a single at the end of 2013 and the official music video was filmed entirely in Turin. Once this was broadcast, the group started touring throughout Italy. Then in April 2015, they cut their first album entitled Half of Us, which will be featured as they tour Japan in June 2016.

The Red Carpet music video depicts nightlife and clubbing scenes typical of Turin as listeners follow a woman through the streets of the historic center of the city and along Via Po. She ends her search for evening entertainment at a club where Stereo Age is performing this song.

In the band’s words… 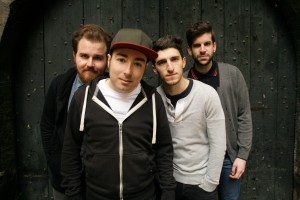 Barolo has virtually put Piedmont on the international tourist and wine lovers map because of the superior wines that have emerged from the area, but did you know the town of Barolo was featured in a music video?…

Michael David Rosenberg, the British singer better known as Passenger, recently used Italy as his backdrop for the 2015 filming of Beautiful Birds, a soft, gut-wrenching song about lost love.

Trained eyes will recognize Florence with its river, statues and city streets, but the talented cameramen adeptly flip to scenes of rolling hills, grapes and vineyards. These idyllic shots were taken in Barolo, one of the most charming towns nestled in the Piedmont wine region, just an hour outside of Turin. As Passenger plays his guitar among the vines, listeners can easily imagine sharing a glass of wine with good friends while the sun sets and the singer takes his leave down the sandy hill of Barolo.

We hope you’ve enjoyed your trip to Piedmont, a virtual one at least, and you’ll come in person next time to discover Piedmont and all the beauty it has to offer!

You can discover more about Piedmont here:

Why We Love Piedmont – Places to Visit in the Piedmont Region

Michelle Samson is a native Californian who moved to Turin in 2000. She has a background in Communications,  with more than ten years of hands-on experience in PR, marketing and event planning in both Los Angeles and Turin. Michelle’s life seems to revolve around words and how they can bridge gaps among different cultures, beliefs and attitudes. She is in the habit of collecting experiences and using them to form the basis for written, oral, and photographic storytelling.