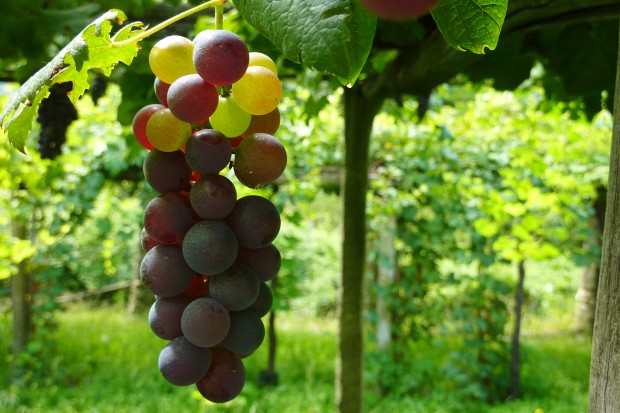 Piedmont has been home to some of Italy’s and Europe’s most important royal families for centuries. Today, its land is dotted with majestic reminders of its past. A trip along the Royal Wine Road of Torinese Wines (Strada Reale dei Vini Torinesi) is the ideal travel itinerary for the wine lover, history buff, or independent traveler who loves non-touristy destinations. 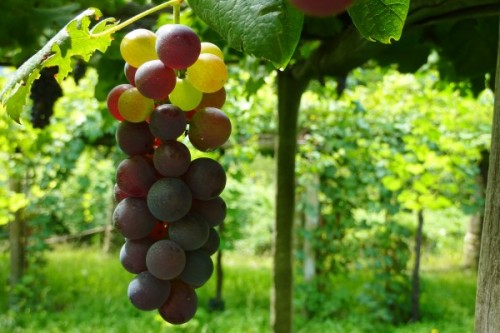 According to some accounts, the endless fortresses, castles, and elaborate summer homes number the most per square mile in all of Europe!!! These royal residences run from the piazzas of Turin to the Alpine foothills. Incredible!

What might surprise wine lovers and even die-hard Piedmont wine fans is that today’s “noble” wines – Barolo and Barbaresco – did not carry that title a couple hundred of years ago. When Prince Maurizio of Savoy ordered the Queen’s Villa to be built in 1615, he planted the hills with Freisa. And King Henry IV of France was so smitten with the wines from Pinerolo in the 1500s that winemakers dubbed the grape Doux d’Henry – a name that stuck. 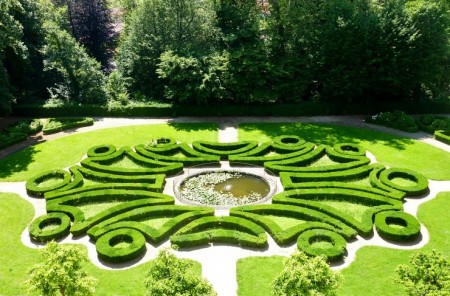 Although tastes and industries evolve over the years, traces of the past remain. Follow Piedmont’s royal history, from noble personages to “old-school” noble wines, by taking the Royal Wine Road of Torinese Wines.

This road, like the other Wine Roads of Piedmont (including the Road of Barolo and The Great Wines of the Langhe), is a self-guided route that directs travelers to points of historical and enological interest – though its stunning selection of castles almost outshines them all! Marked with a wine glass wearing a crown, this royal ‘strada’ winds through nearly 200 towns in the Torinese wine zone for over 600 km (373 miles).

Wines to keep in mind are Erbaluce di Caluso – white, sparkling, and passito – Nebbiolo di Carema, Dolcetto, Freisa (excellent from both Chieri and Pinerolo), and the ever-present, ever-adaptable Barbera. Plus, take advantage of Torinese’s colorful list of extremely rare varieties you won’t find anywhere else, even within Italy: Carì, Ramìe, the aforementioned Doux d’Henry, Avanà, Becquét, Neretto, Ner d’Ala, and many others… Did you notice their names don’t look quite “Italian?” That’s the influence of the Piedmontese dialect with its almost French inflection.

Technically, the single “strada” is three roads that pass through the different wine zones. The Torinese wine zone is divided into four regions:

Canavese, Turin Hills (Collina Torinese), Pinerolese, and Susa Valley (Valsusa). This detaile map below gives an idea of just how many points of interest there are. But, hundreds of places to visit is both promising and intimidating. Where to start? Here are some ideas for your initial travels: 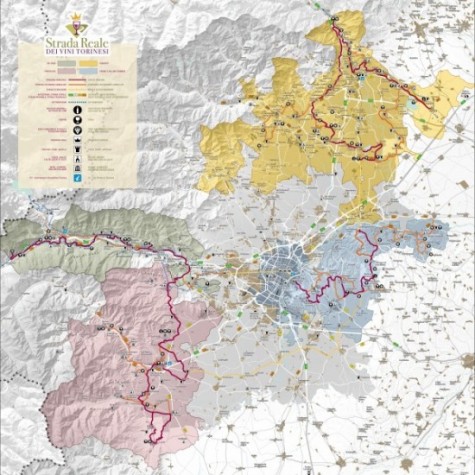 Beginning in Turin, make sure you stop by the Palazzo Reale, Palazzo Madama, and Palazzo Carignano in the center of the city. All 3 are steeped in the history of the royal Savoy family. For a bottle of wine, stop by the charming and faithful replica of a Medieval Village in Valentino Park, built in the 1800s for educational and cultural purposes. Today, its medieval castle (open to visitors) overlooks a street of quaint shops. Right in the center of town, a new wine shop has opened: Enoteca del Borgo, a small space filled with wines from all over the Torinese wine zone. Then, at the edge of the park admire the Castle of Valentino. 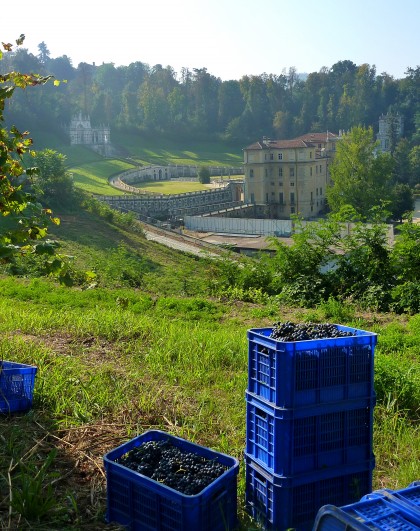 Before leaving Turin, you cannot miss the Queen’s Villa and Vineyards (Villa e Vigna della Regina). This is a remarkable example of urban viticulture, one of the world’s last and oldest. Freisa grape vines stretch out over just ¾ of a hectare next to the Queen’s Villa, a 17th century structure that is included in the UNESCO World Heritage Site “Residences of the Royal House of Savoy”. 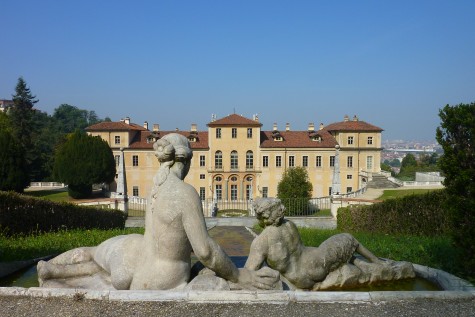 Now, before venturing any further from Turin, another must-see is the Royal Palace of Venaria (Reggia di Venaria). Often called the Versailles of Italy, the 17th century palace constructed for Carlo Emanuele II is an enormous complex of long, tiled halls hung with chandeliers, rooms dedicated to the history of the city and the Palace, miles of well-kept gardens, and a sweeping view of the Alps. Its original purpose? A hunting lodge. Its name in Latin means “Royal Hunt,” Venatio Regio.

Let’s move further out from the city, now. In the Canavese area, Caluso in the flatlands has 16th century canals and 13th century fortress ruins that overlook its medieval streets. Stop by the Regional Enoteca to taste the white wine Erbaluce di Caluso.

Agliè, also in Erbaluce wine territory, is renowned for its exquisitely restored 12th century Ducal Castle and 7 km of well-tended gardens. Charming Carema with barely 750 inhabitants has astounding vineyards. They are cultivated in terraces far up the mountainside overlooking slate-roofed houses below. Its winemakers have adapted to the tough microclimate by using concrete pylons to support their grapevines. The concrete absorbs the warmth of the sunlight and, during the cold nighttime, gradually releases the heat to the plants. Pass by the Cantina Sociale at the bottom of the town to buy some Nebbiolo di Carema DOC. 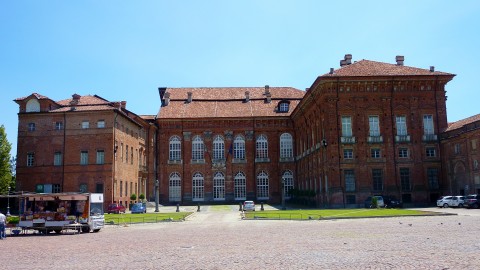 Moving east but staying in the Canavese zone, visit Ivrea, a town with a 14th century castle that towers over the city it once protected. This city is famous for its annual Battle of Oranges during carnival season. Roppolo, near peaceful Viverone Lake, is a small town with an ancient castle hailing from 963 AD or before. It houses the Regional Enoteca della Serra, with over 100 wines, spumanti, and grappa in its stone and brick 16th-century cellars.

Are you ready to take your adventure to dizzying heights?

If you’re a wine traveler, add this to your bucket list: the oldest recorded vines in the Torinesi area and the highest in all of Europe are in the Susa Valley. Before making your way to the steepest peaks of vineyard cultivation, take in the castles and forts along the road. In this territory alone, there are around 50 separate structures, some restored and beautiful, others in ruins yet lovely in their own, romantic way. 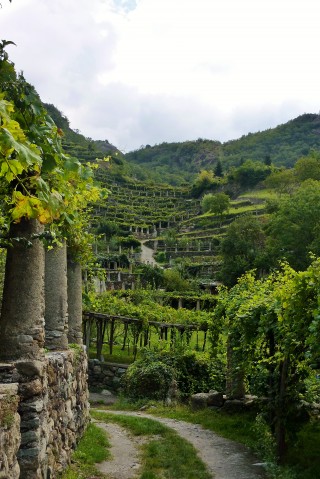 Nearing the end of the Royal Wine Road, vines climb to over 1000 m (3000 ft) and are cultivated with the impressive ‘ritocchio’ system: producers plant their vineyards on the mountainside’s steepest slopes, then harvest the grapes meticulously, exclusively, and dangerously by hand. Casa Ronsil in Choimonte is Piedmont’s highest vineyard at 1100 m. Several grape varieties are cultivated here, including the rare Avanà and Becquét; but just one precious DOC wine comes from these hills: Val Susa DOC.

If you should travel along these roads, we would love to hear your stories…!