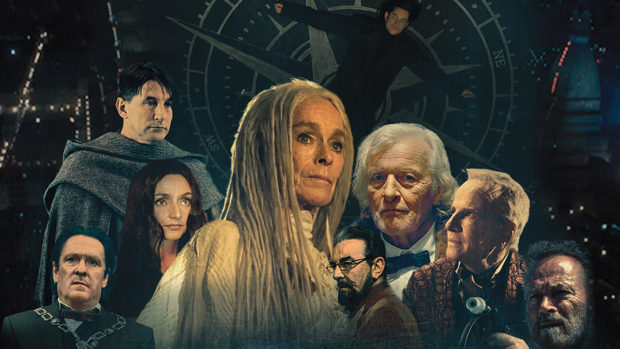 The Broken Key: a film set in Turin and other places in Piedmont

Turin & the Egyptian World at the Cinema

The Broken Key is a new movie by Louis Nero, with a futuristic plot mixed with an ancient flavor dedicated to the Egyptian world. Turin, and other fascinating places in Piedmont, play center stage in this adventure featuring an eclectic and international cast.

Considering legend says Turin hides supernatural secrets and forms part of two triangles: a white magic triangle with Lyon and Prague and part of a black magic triangle with London and San Francisco, Turin acts as a perfect backdrop for this intriguing film. A film that just might reveal the secret to eternal life on earth! In order not to reveal too much, we’ll leave you in the safe hands of L’AltroFilm for plot details and sprinkle some mystery and extra emotions with words from Director, Louis Nero and lead Actor, Andrea Hirai Cocco.

A Chat with the Director

Louis Nero, Screenwriter, proud Torinese and Director of the symphony of unpredictable scenes of The Broken Key and more. Louis was gracious enough to give us some time over his lunch break to tell us about the story behind his project, the emotions during the shooting and the fascination of the magical and impalpable Turin that he chose as the location for The Broken Key, soon to be released…

Where did the inspiration come from for the film, The Broken Key?

“I’ve been working on this project for about 3 years and the idea, like all things, is born from the environment that surrounds us. The plot is based on the Egyptian world and its relationship with the city of Turin. The protagonist, Arthur J. Adams, is looking for a fragment of a manuscript. During his journey, he will meet characters who will help him, overcome obstacles and challenges. His journey is one of man in search of truth”.

Symbolism, esotericism, mystery, magic, science and history are just some of the themes of The Broken Key, but also a normal day in Turin. What is really unique in this city for the film?

“First of all I would like to say that Turin is my city and it is the only one that could be chosen to host this plot, both for the Egyptian museum and for the legends tied to the Egyptians. The atmosphere that you can breathe in Turin at night is unique, I saw it in only a few cities, and it is so special that I do not think I would find another better place to describe the episodes of The Broken Key”.  Louis goes on to say: “The best way to describe it is to not describe it. It has this peculiarity: in addition to the visible there is something more. The magic that the city transmits at night is a kind of magic that has more to do with the impalpable than with the tangible. The best way to describe Turin to people is to simply say go to see it”. 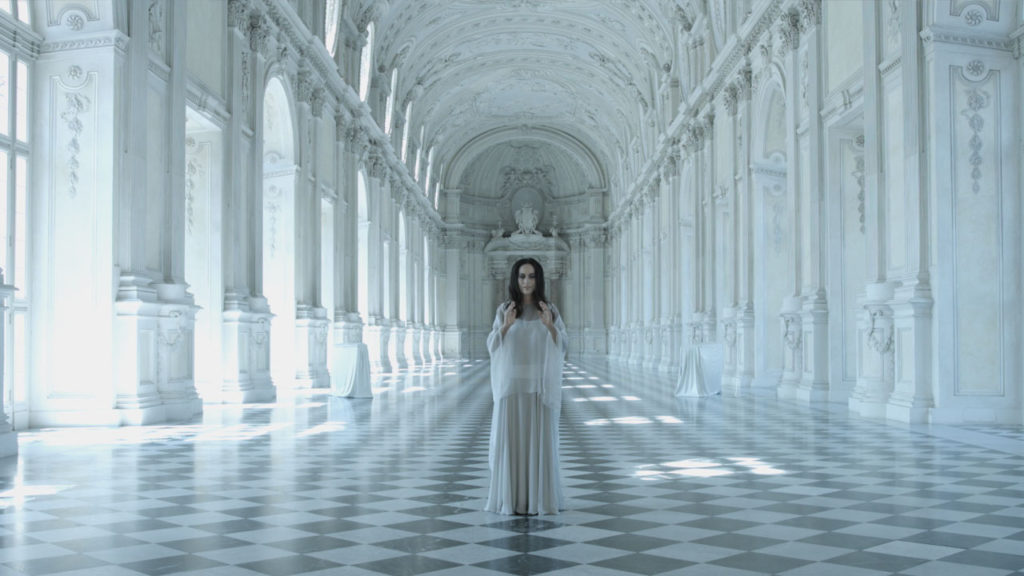 In regards to the other locations, what are the legends that most affected the plot?

“Italy, like Piedmont, is full of legends. Our choice has fallen back to those that have a historical foundation, not just periphery legends. Perhaps, the most important location depicted in The Broken Key according to the legends around it was the Sacra di San Michele. The Sacra is not just a point where many stories converge, but also a fundamental node of our narrative. For example, this place is called the Gate of Paradise and it is also the gateway to the Earth’s paradise in the movie”.

The Broken Key is a particular film with a varied cast. Why did you choose these actors and what did you feel as a Director alongside international legends like these in this film?

“Each one of the actors is similar and fair to the character that I created. Starting from writing and the screenplay, we knew of the various actors and told them about the project, until they chose us too. It has to be said that dealing with legends as them can be complicated but, obviously, the more a person is good at his or her job the more modest they are. With them I faced people who put their celebrity and experience at the service of the movie making the work behind the scenes very interesting”. 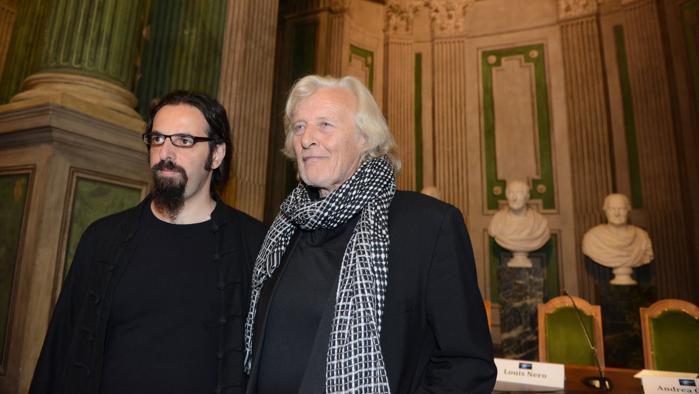 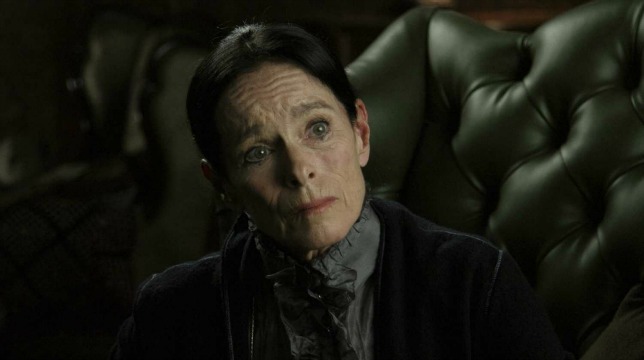 What is the most memorable thing for you from this experience?

“Working with these actors is always memorable, from the moment they are interested in the film to the moment you meet them. Whenever I see them coming down from the plane it’s always a special moment because you invite them, you think that maybe they have forgotten about it and you don’t believe that it will happen for real until you see them personally. For a long time you do not have any news and then you see them in front of you, which is really exciting”. 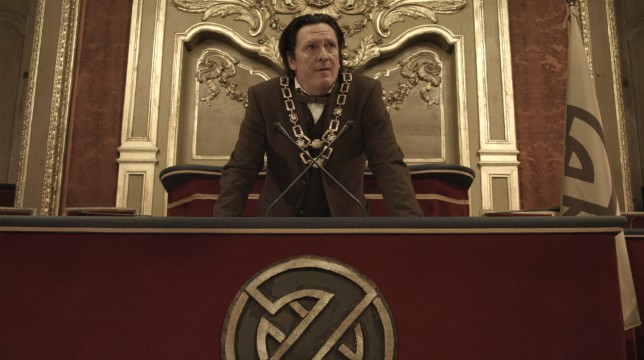 We can’t wait for the Broken Key to be released in cinemas in November! Are there plans to release the film in other countries like the USA since it was originally filmed in English?

“There are plans, yes, more or less the timing will be in 2 to 3 months…not around Christmas, but shortly thereafter”!

What’s the message that you would like viewers to keep in mind through this movie?

“My idea is that the spectator can identify himself/herself with the protagonist, I want him/her to feel what Arthur J. Adams lives on his own skin. Arthur meets people, makes friendships, abandons fears and defects, seeks out his talents and wants to improve slowly. His journey is one that is essentially the journey of the hero, what we do in our everyday life…even when the hero is weak; through various tests he becomes strong, ready to fight the challenges that await him in everyday life”.

Andrea Hirai Cocco is the protagonist of the mystical journey in the movie The Broken Key. Winner of the Big Brother 2011 edition, model and actor, Andrea told us about his experience during the shooting, talked about his character in the film and his “seductive” Turin. 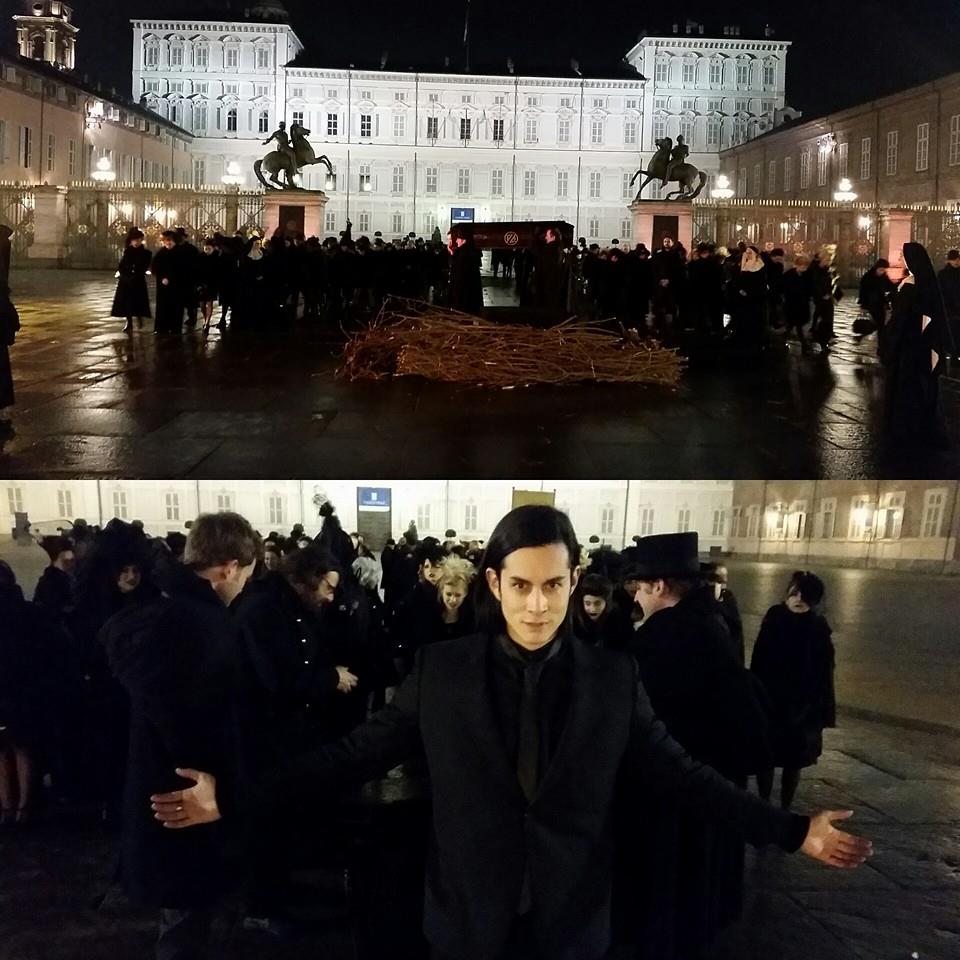 What can you tell us about you?

“I was born in Rome to an Italian father and Japanese mother. I have always felt lucky to live and grow with two diametrically opposite cultures. I would say that this has also favored my passion for cooking. Regarding the dishes I prepare, they are mostly Italian dishes”!

How much has Big Brother changed your life? Are your dreams still the same as before?

“Winning Big Brother has changed me in so many ways and has allowed me to meet many people that I would probably never have known. Despite all this, my dreams are always the same, some have been realized, but I follow the others day after day”.

Let’s talk about your character. How did you find out about the role and, personally, what do you feel to have in common with Arthur J. Adams?

“I met Louis Nero during the film out of the contest “Io è Morto “, in that room in Venice Louis told me about his movie and the protagonist Arthur J. Adams. There, a mutual interest was born! Arthur lives a journey both exterior and interior, starting from a particular condition, then hopping in flight breaking all his chains. I stop here because I do not want to reveal everything. I think  what makes me feel closer to the character is the desire, sometimes, to be hidden in a safe place on my own, but also the passion, in total contrast to what was said before, to explore the world, driven by curiosity of knowledge”.

The Broken Key has a varied cast and it’s full of actors with great experience. How was it for you to work with them?

“Exciting, especially since I’ve seen them in the movies for the most part of my life. Working at their side was like seeing them in all their roles in the movies that I loved as a kid: Blade Runner, LadyHawke, but also Highlander, Dr. Zivago and Pulp Fiction”.

Have you ever visited Turin and the other locations before shooting? What did you like most about  the city?

“I had been to Turin just once before shooting, on a school trip. The city fascinated me so much; I did not expect it to be so beautiful. I often went through Porta Palazzo’s market, of which I loved the vitality, and just behind this area the one that became my favourite, a sort of little Paris: Piazza Emanuele Filiberto. Outside the metropolis, I think that Saliceto and Rosazza are musts to visit at least once in life by the historical point of view. However, I cannot avoid talking about the beauty of nature and Fabrosa’s caves in which we shot some incredible scenes”!

Describe Turin in one word? “Seductive”

The Broken Key will be released in Turin dubbed in Italian on November 14, 2017 so don’t miss it!

It will also be released in it’s original language, English, on November 16, 2017 in a few cities in Italy and additional locations (stay tuned for details). The Broken Key – English trailer

For updates and information about the movie, future release dates & locations throughout Italy follow The Broken Key on social media: