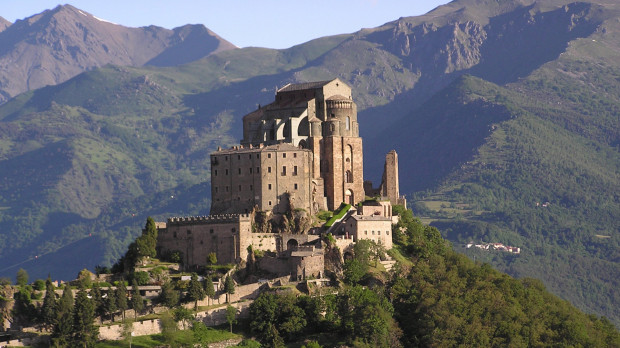 Things to See in Piedmont

Things to See In Piedmont

A Stairway to Heaven

Among the many things to see in Piedmont and around Turin, there’s a place nearby where it seems like you’re looking out onto heaven. You have to climb, continue going up, and pursue a tortuous path…a path for the body, mind and spirit. This special place is the Sacra di San Michele, an ancient Benedictine abbey built at the end of the 9th century A.D. on top of Mount Pirchiriano, at an altitude of 962 meters above sea level and, today, a symbol of Piedmont. 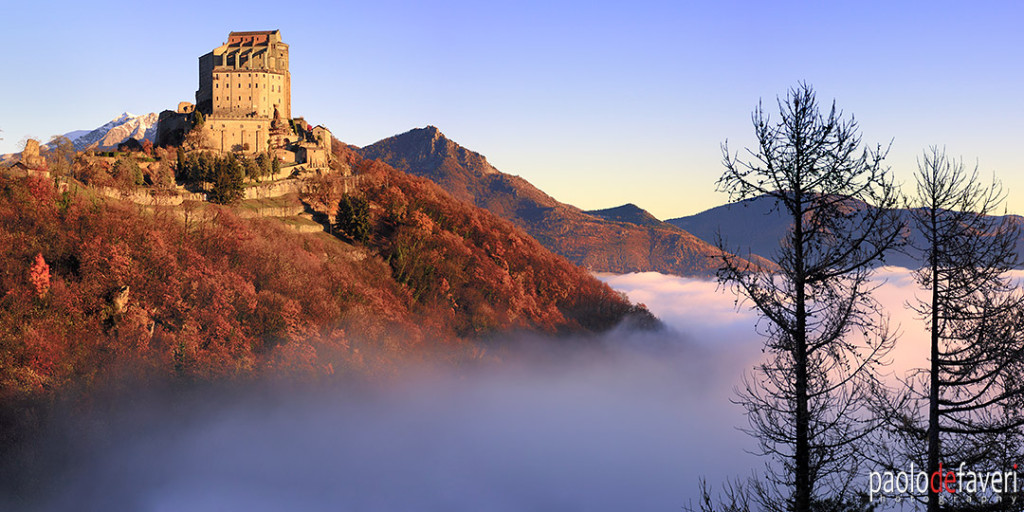 According to legend the Sacra di San Michele was built with the angels’ help. For this reason, the Benedictine monks dedicated the abbey to Archangel Michael. Around the 12th century the abbey used to host pilgrims travelling on the Via Francigena from northern Europe, across the Alps and heading towards Rome, the holy city. After a long period of decay, the Sacra di San Michele started to flourish again, around the mid-18th century, thanks to the presence of the Rosminian fathers.

This sanctuary is reminiscent of a massive stronghold. It is built in Romanesque style and is visible from far away…a kind of sentry overlooking the entrance to the Susa Valley. The structure has several levels and the entrance is at the bottom of a 41 meter high facade. To enter the church you have to go up a grand staircase with steep stairs, called “Scalone dei Morti” (the great Staircase of the Dead), because it is the place where monks’ skeletons were once kept. It is a symbolic ascent…the first steps of the staircase are immersed in darkness; consequently, the visitor has to find the light coming from above and make his way up by following the staircase around a monumental pillar supporting the church over it. 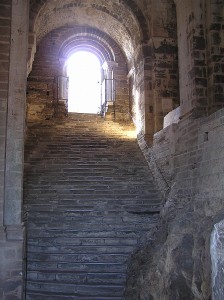 The ascent is difficult and exhausting, the steps are narrow and steep, but the light (representing the Divine) will lead the pilgrim to the top of the grand staircase. And, once the pilgrim crosses the Portal of the Zodiac, a real masterpiece made of the typical white marble of medieval sculptures, he will finally be able to admire the valley between majestic mountains: Heaven!

To reach the interior of the church the visitor has to climb a couple more steps. Once in the church, he will see three naves divided by imposing pillars. The church is decorated by capitals, frescoes and paintings. The first pillar on the left of the central nave is very remarkable. Here you can see that the pillar’s base is built on the rocky top of Mount Pirchiriano. The most ancient part of the Sacra di San Michele is under the central nave, where you can find three small chapels carved into the rock and accessible by 12 very old and worn out steps. 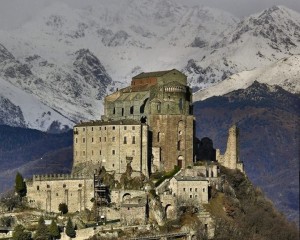 But the journey isn’t over yet…you can still continue to climb and, once you cross the sacristy, you will find yourself on a big terrace from where you can overlook the ruins of the big monastery, the “Tower of Beautiful Alda”. And a spectacular view over the Susa Valley and Turin awaits you!

An ancient workshop, the museum of daily life and a rich library containing more than 80.000 books are also part of the monastery complex.

The Rosminian fathers are happy to host everyone, will organize guided day and night tours (with the help of volunteer guides) and events like concerts, seminars, workshops and meetings. If you’re looking for a piece of heaven less than an hour’s drive from Turin, you must visit the Sacra di San Michele    How to get to Sacra di San Michele

Things to See In Piedmont

The Abbey of Sant’Antonio di Ranverso

A Place for Healing

Going downhill again, but still remaining on the Via Francigena, you will encounter another place in the Piedmont region worth visiting, which can make for a good day trip from Turin. A point of interest in Piedmont which is interesting from both a cultural and spiritual point of view, the Abbey of Sant’Antonio di Ranverso. The Abbey is a monastery complex built around the year 1100 with the vocation of hosting pilgrims and a place of healing people stricken with skin diseases.

Over the centuries the Abbey of Sant’Antonio (consisting of different buildings, a church, the sacristy, the bell tower, the monastery with its cloister, the hospital and several farmhouses and stables) has undergone many changes. Today you may still admire its Lombard-Gothic style. The church and hospital facades are very similar and both have a very high pointed pediment decorated with brick spires. The church’s interior has frescoes both on the walls and on the ceiling. The most important painting can be found in the sacristy – a fresco cycle representing the Passion of Jesus Christ in a truly realistic way. 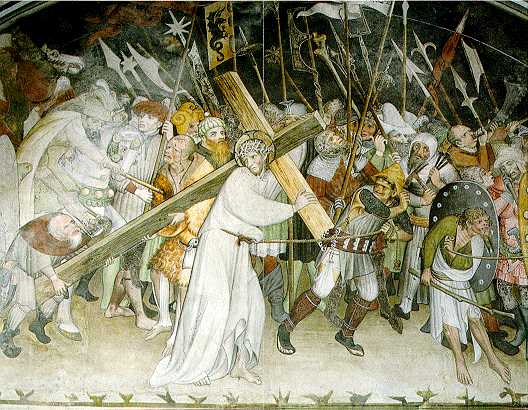 When you’re in this place of peace, you start imagining what it could have been like when pilgrims stopped here to have some rest and gather their strength after a long journey, before continuing on their journey again. This is still the case for today’s visitor… the Abbey of Sant’ Antonio is a place to have a short rest, an ideal place of peace and calmness far away from our daily routine.

If you would like to test your Italian during a tour of these beautiful places near Turin, here are some useful Italian words thanks to L’Italiano Porticando, an Italian Language School in Turin: 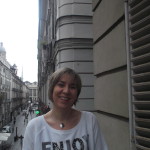 I was born and grew up  in Turin. I studied at the Department of Architecture of Turin’s Politecnico specializing in history and arts. This allowed me to develop a deep knowledge of history of architecture and, in particular, of my hometown Turin. Today, along with my business partner Rosaria, we not only provide Italian language lessons, we also organize cultural activities for our students.You may say that the goal has been achieved when our students say good-bye to us with a big smile, happy to have had a great time in Turin. And our personal satisfaction is even bigger, when they admit at the end of the language course, that they also feel a little bit “Torinesi!”

And here are other things to see in Piedmont and  points of interest in the Piedmont region.

Special thanks to Paolo De Favori for his Above The Heavens, Sacra di San Michele photo