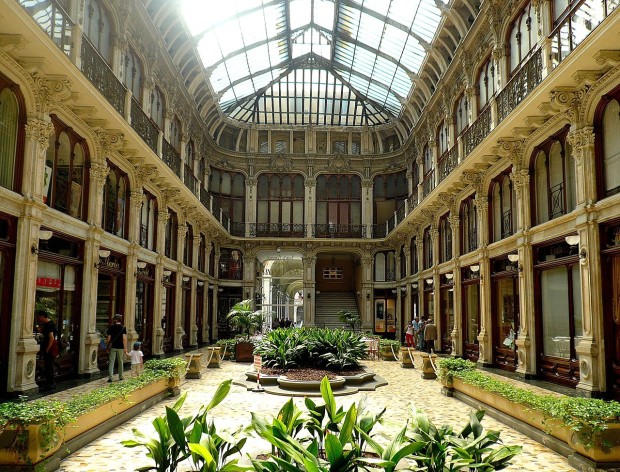 Attractions in Turin Recommended by a Local

Recommended by a Local

To discover attractions in Turin and points of interest you can, of course, buy yourself a travel guide book or look them up online. It’s also a matter of opinion as to which are the top 10 attractions in Turin. We’re not going to list the most common attractions. Instead, Raushania, a young Russian and now local of Turin, will share her favorites…

“When I first arrived to Turin in 2013 to study Italian at L’Italiano Porticando, I indeed visited all the attractions recommended by many travel guides. But, if you ask me now, I would say that Turin has so many places not immediately evident to a first time visitor to Turin which deserve more than just a glimpse. Here are my personal must-see top 10 attractions in Turin”:

1. THE CHURCH OF SAN DOMENICO

The Church of San Domenico, at n. 1 Via San Domenico in the Quadrilatero Romano, is considered one of the oldest cult places in Turin. Built in 1257-1280, it belonged to the Dominican Order and became famous for inquisitions of women accused of witchcraft.

Despite its austere appearance, right under the gothic bell tower you will find the Capella delle Grazie. This small chapel (the oldest part of the church) is covered with colorful frescoes depicting the twelve apostles – the only XIV century surviving frescoes in Turin.

Take a deep breath and contemplate nature in all its glory at the Colletta Park, next to the Aurora and Barriera di Milano areas. This spacious green refuge has a designated area for picnic lovers and a playground for children. And, if you’re just in a mood to meditate, take a stroll along the largest Italian river, the Po, or the river Dora flowing into the Po. In springtime, this place acquires a special pastoral charm as the sheep grazing season begins! Where else you can have a look at newborn lambs within Turin’s city limits?!

The largest European market is in Turin, the Porta Palazzo! It is a unique place and point of interest in Turin where East meets West: Italian farmers trade next to their competitors from Morocco and China. This huge multicultural crossroad, located on the Piazza della Repubblica, hosts more than 1000 stands on 50000 square meters. Visitors from all over the world visit the Porta Palazzo market just to catch a glimpse but then find themselves dragging shopping bags full of fresh, high quality food. My advice: purchase local farmers’ seasonal goods and don’t forget to ask for some special recipes. Practice your Italian and it will surely be easier to bargain.

The “Turin Eye” hot air balloon located in the Borgo Dora area takes you 150 meters above the city to behold it from a bird’s eye view. If the weather is bright, you will see the Monviso mountain and the Cottian Alps bordering Turin on the north-west. Come here with someone special and enjoy this magic moment together. 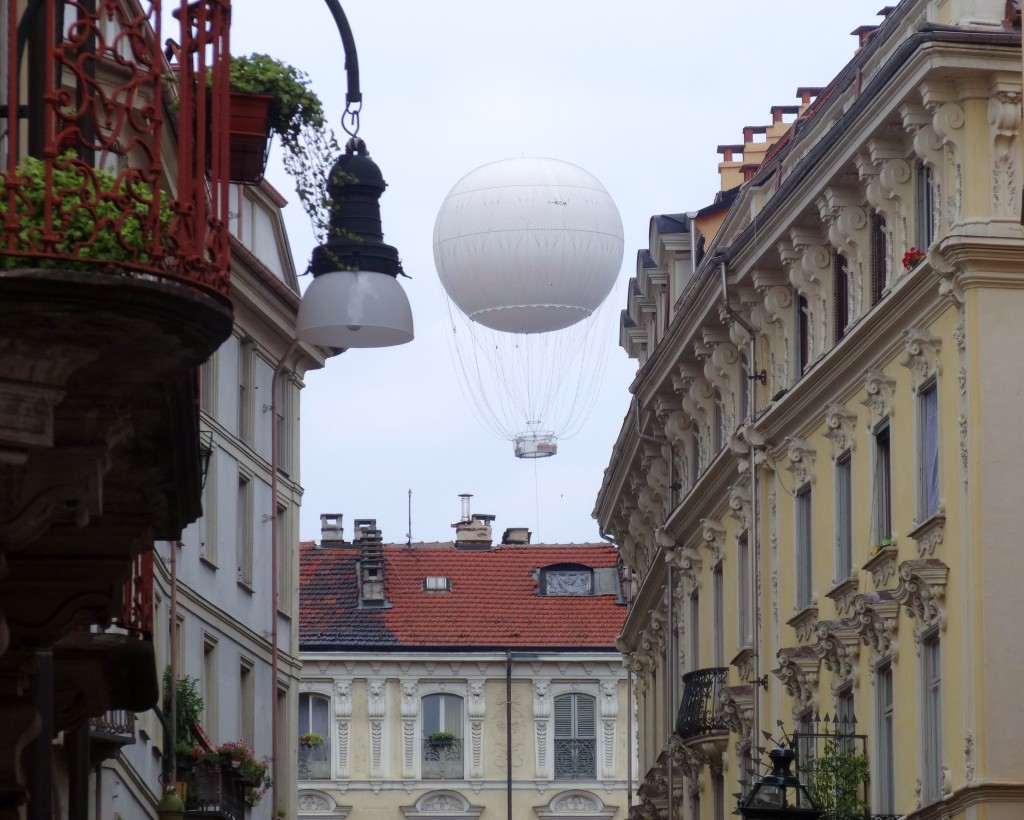 On top of the hills running next to the river Po, you can find the Basilica of Superga, at 672 meters high. It was built by Duke Victor Amadeus II of Savoy to thank the Virgin Mary after defeating the French army besieging the city. From here, on this strategically important point, Amadeus II stood to watch the French army approaching from the Susa Valley.

The Basilica of Superga, built by Filippo Juvarra (1717 – 1731), represents an immaculate union of neoclassical and baroque architecture. The Royal Crypt of Superga is the burial place of some members of the Savoy family.

Arrive here with the Sassi–Superga tramway to relax while watching the hills and having a spectacular view over Turin and the Alps. And, for those who love trekking, you can also reach Superga on foot! http://www.basilicadisuperga.com/en/ 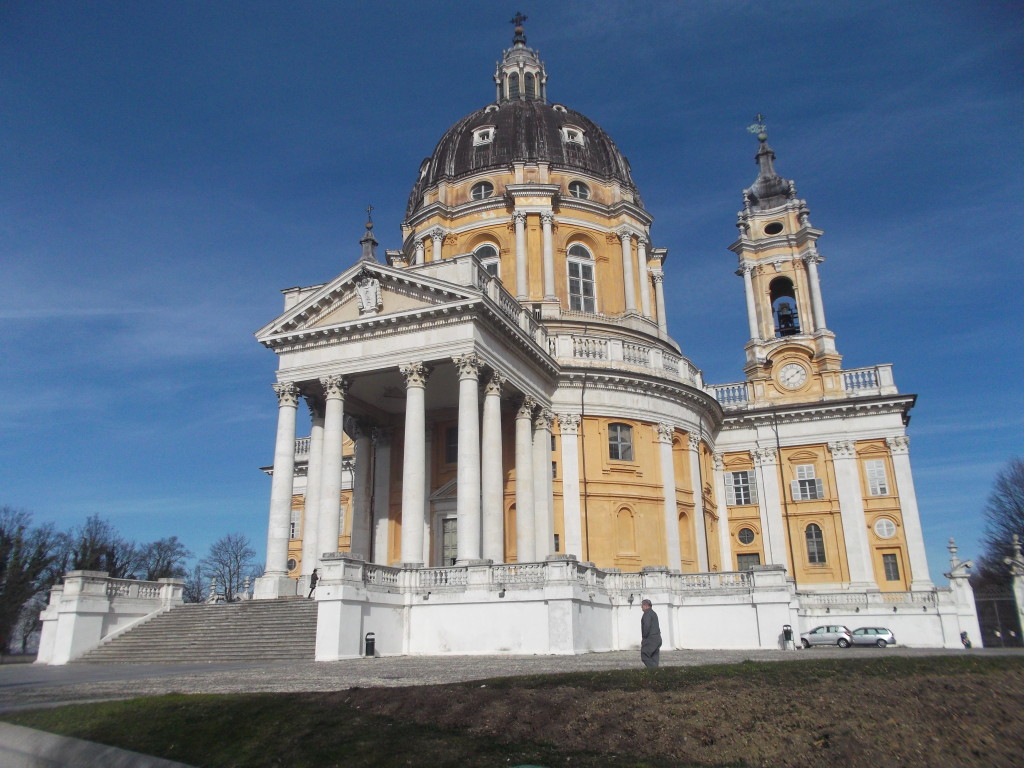 Not only does Milan have beautiful galleries, Turin’s galleries in the historical city center are one of the distinctive characteristics of the city’s image. The Galleria San Federico is the result of the renovation works of Via Roma between 1931 and 1937. It is recognizable by its “T-formation” and hosts the splendid “Lux” cinema theater.

The second gallery, Galleria dell’Industria Subalpina, connects Piazza Castello and Via Cesare Battisti and hosts one of Turin’s historic cafés, Baratti & Milano. The gallery’s irresistible charm made it a filming location for several movies, for example, “Four Flies on Grey Velvet” by Dario Argento. 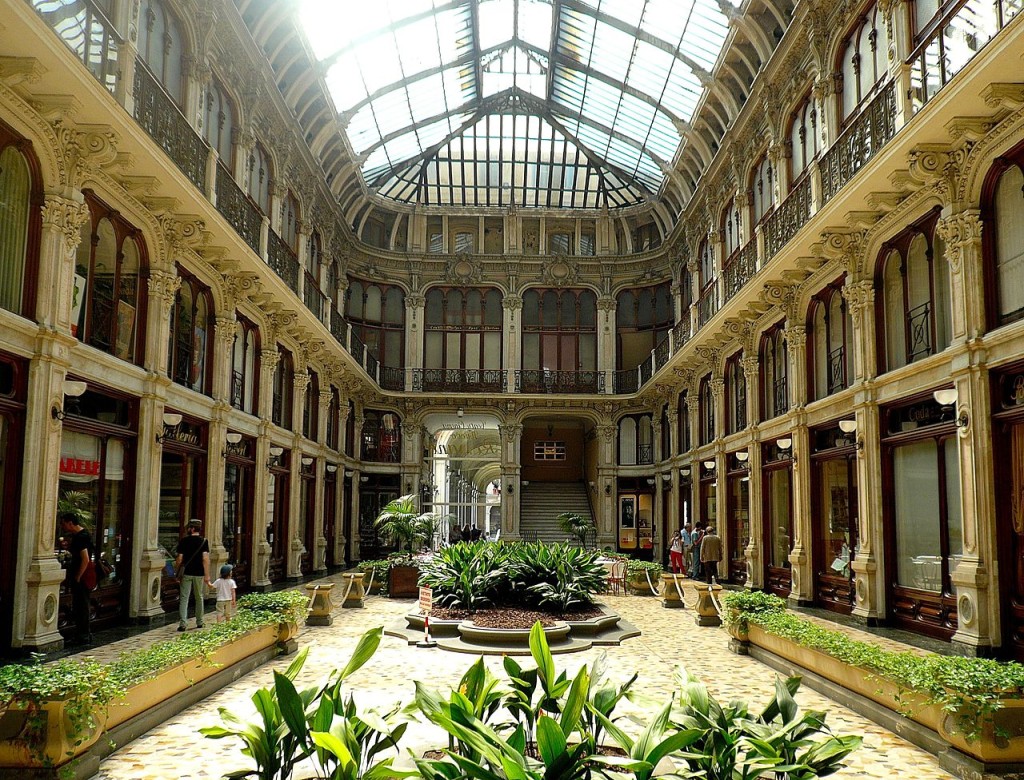 Finally, there is Galleria Umberto I, leading to Piazza della Repubblica, whose story begins in the XV century when it hosted Turin’s first hospital. Today you can still find there an ancient chemist’s shop.

The prestigious Cit Turin (meaning little Turin) area is a treasure chest for those in love with Liberty or Art Nouveau architecture. This is where Turin’s enchanted castle, Casa Carrera, is located. A remarkable mixture of French Neo-Gothic and Liberty styles. This building, called Casa dei Draghi, is embellished with two stone dragons watching the front door.

Another famous example of Liberty architecture is Casa Fenoglio-Lafleur in the nearby San Donato area. It belonged to a French entrepreneur, Lafleur, and resembles a flower bud. Many other examples are scattered around the city, for instance, in the San Salvario, Crocetta and Borgo Po areas, as well as in the very central via Pietro Micca. 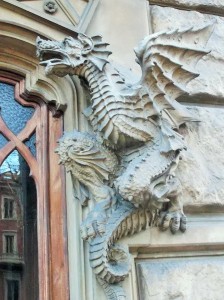 8. THE MUSEUM OF URBAN ART

Turin is considered to be the capital of Italian Contemporary art. Being an ancient glorious city of Kings, Turin didn’t get stuck in the past and moves constantly forward. The Museum of Urban Art was born in the Borgo Vecchio of the Campidoglio area. This typical working-class neighborhood was generously adorned with murals, art installations and sculptures…all creations of more than 70 artists from Turin and not only. These murals have transformed this once humble place into an open air museum.

For more information about Turin’s  urban art and locations, check out this link on Turin’s Street Art Murals by Widewalls. 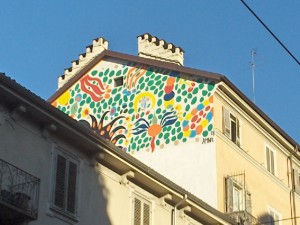 Turin’s first XXI century church, with its futuristic appearance pays tribute to the industrial past of the area. The bell tower is a former chimney, while the building itself brings to mind a gear. According to the architect, Mario Botta, the seven towers of the church represent the Seven Days of Creation. The whole building may look like an unassailable fortress. However, once you make a step inside, you feel the difference…the alternation of light and shadow of the dome warms up the wood, covering a large part of the church inside and its altar with the Face of the Man in the Shroud created with digital image transfer technology. http://www.santovolto.com/ 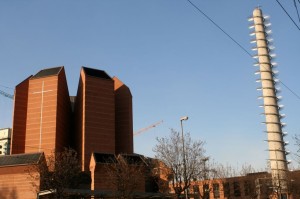 The Pietro Micca Museum, found at 7a Via Guicciardini, tells the story of an Italian sapper, whose self-sacrifice helped to prevent a group of French soldiers from entering Turin through the tunnels of the lower mines. After hearing the enemy approaching, Pietro Micca gunpowder barrels on fire, so the blast killed most of the invaders. Sadly, Pietro Micca also died due to being maimed and poisoned by the gas released during the explosion.

The Pietro Micca Museum has a great number of original exhibits of the siege period, but surely, the most exciting part is the descent into Turin’s intricate tunnels where every brick witnessed the legendary exploit. http://www.museopietromicca.it/

Now that you have a list of top attractions in Turin, here are some useful Italian phrases to use during your visit to Turin thanks to L’Italiano Porticando Italian language school:

Excuse me, could you help me, please?       Scusi, potrebbe aiutarmi per favore?

If you’re interested in taking Italian lessons during your time in Turin, visit:  https://www.italianoporticando.com

Click here for more ideas of things to do in Turin