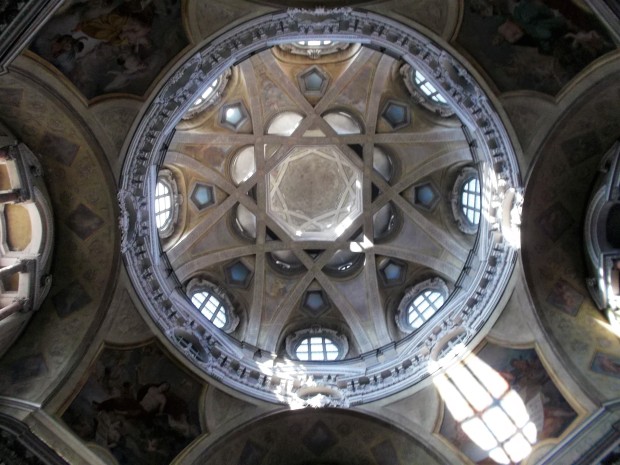 Seen Through the Eyes of an Architect

Laura, an Architect and co-owner of L’Italiano Porticando Italian Language School, takes us on a journey through Turin and gives us useful Italian language phrases for those who would like to practice Italian on their trip to Turin…

For many people, Turin is synonymous with being an industrial city or the hometown of Juventus. For others, Turin is known for its Baroque architecture and for being a city rich in history and culture. If you visit Turin for the first time, you will notice that it has barely anything to do with all the medieval cities of central Italy with their typically narrow streets, palaces and churches of the Renaissance period. Turin is different. It has wide and luminous streets, which are surprisingly straight, lined with trees and some covered by porticoes.

Turin was founded in the first century A.C. during the Roman period and, at that time, was called Augusta Taurinorum. There’s not much left of this period, however, the historical city center (the “quadrilatero Romano”) still has the typically straight and orthogonal street grid indicative of Roman times. Evidence of the Roman period are also visible in the antique theatre which had a a capacity of 3500 spectators.

Near the theatre, there’s also part of the ancient  wall and the “Porta Palatina”, one of the original four gates of Roman Turin. Its structure shows that Turin must have been very important in that point of time. The gate’s towers are 30 meters high and flank a smaller open building with two central entrances (driveways) and a further two smaller entryways for pedestrians. Turin was then an important crossroad where people travelling towards the Alps had a rest and stocked up on  food supplies. 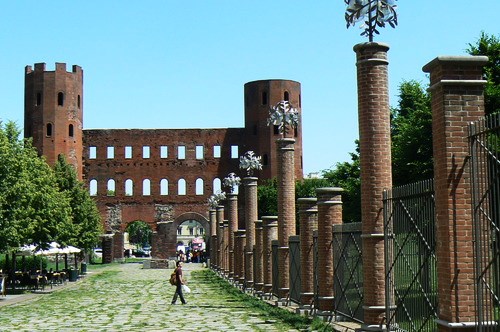 Little is left of medieval Turin. To understand what life was like then, you have to go on a real treasure hunt trying to find, between the buildings and churches, traces of a period not really politically significant but of commercial importance. The ancient “Castello degli Acaya” (today’s Palazzo Madama), though it has undergone many changes in the following epochs, has maintained its medieval characteristics. The most representative building of that period is the Church of San Domenico; the only gothic building with a brick stone façade of the 12th century and a typically gothic portal.

The medieval architecture in Turin can be found until the 16th century. The only exception is the Cathedral of San Giovanni Battista, which was built, as requested by the bishop, with a Renaissance façade with marble and decorated portals. All other buildings and structures belonging to that period were completely covered, hidden, destroyed or replaced during the great urban and architectonic revolution required by the Savoy family between the 17th and 18th century.

The House of Savoy’s Influence on Turin’s Architecture

But what was done by the House of Savoy? They turned a small town into the capital of a reigning family using Baroque architecture as a means to show power and assertion, as well as created a new street grid and new perspectives. The piazzas, streets and buildings became more elegant, refined and well-ordered. Important architects, like Guarino Guarini and Filippo Juvarra, were invited to Turin. Guarini built the most beautiful churches with interiors full of multi-coloured marbles,cross-arched domes and oval, pentagonal or hexagonal windows creating surprising light effects. The Church of San Lorenzo is the most representative examples of this technique. 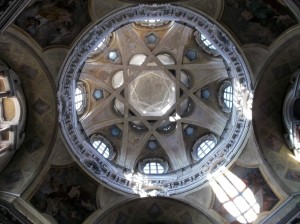 It was also Guarini, who built Palazzo Carignano, a palace with a unique wavy facade. Inside Palazzo Carignano, you can find an asymmetric spiral staircase bringing the visitors to the ballroom (transformed in the 19th century to the Reign’s of Italy first parliament). The ballroom is lit up from above through a big glass cover.

Juvarra, the second famous architect, changed Turin’s face and the facade of many ancient buildings. It was also Juvarra who carried out the most scenic and important changes. Changing, for example, the old medieval castle into a new Royal residence, Palazzo Madama. A palace with big windows to illuminate the grand staircase of honour, the reserved access to the great hall and to the Queen’s apartments. 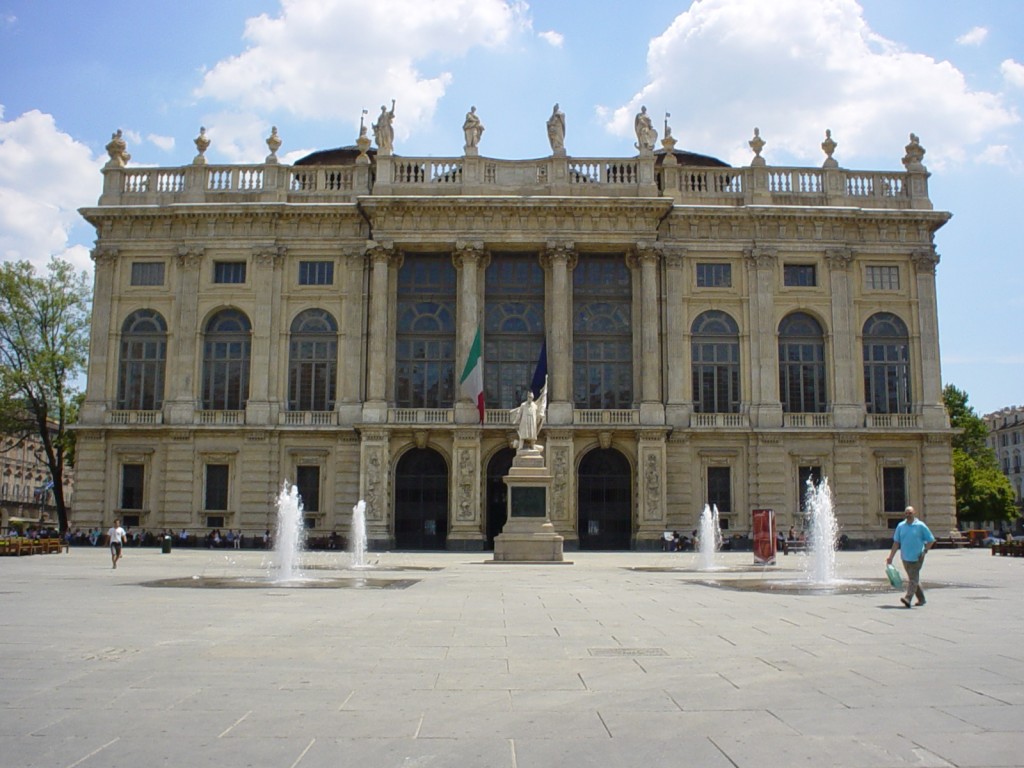 Other important works of Juvarra are the Basilica of Superga on Turin’s hillside, built to overlook Turin and to be seen also from a distance by all those approaching. 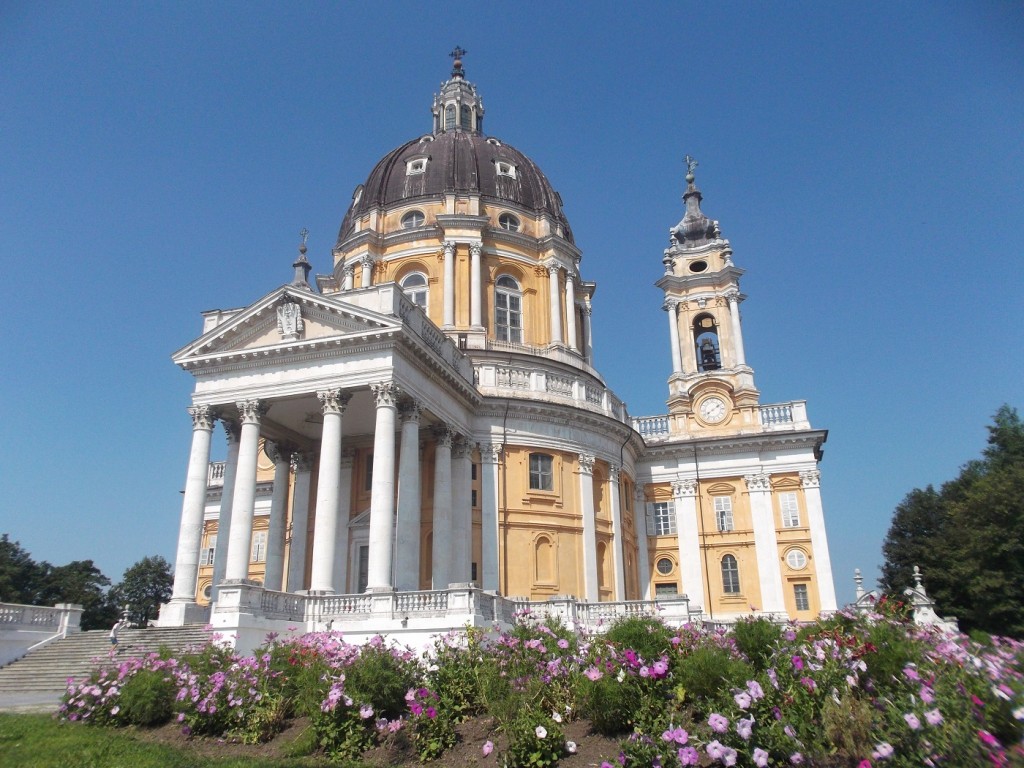 Other examples for Juvarra’s works are the imposing royal palaces and residences outside the city, as the royal palace of Venaria Reale and the Palazzina di Stupinigi (whose main function was the royal family’s entertainment), and the restoration of the Villa della Regina. They are all characterized by decorative and structural components (simple but of big effect), stuccos and frescos, trompe d’oeils, high columns, big windows, statues and bas-reliefs. 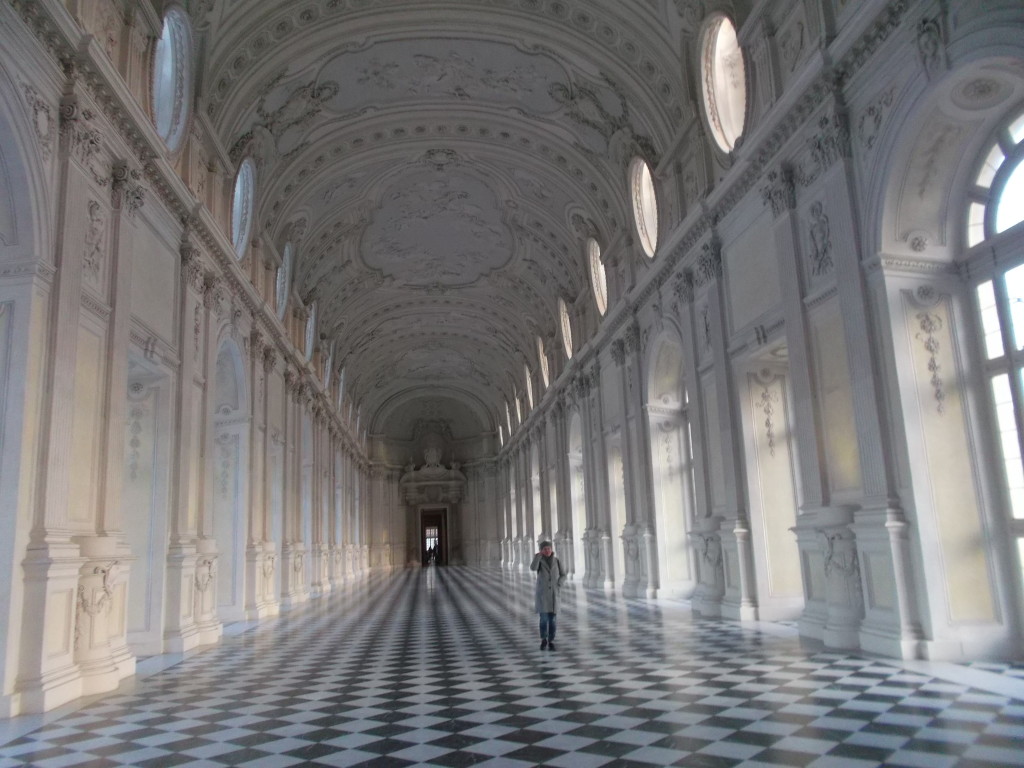 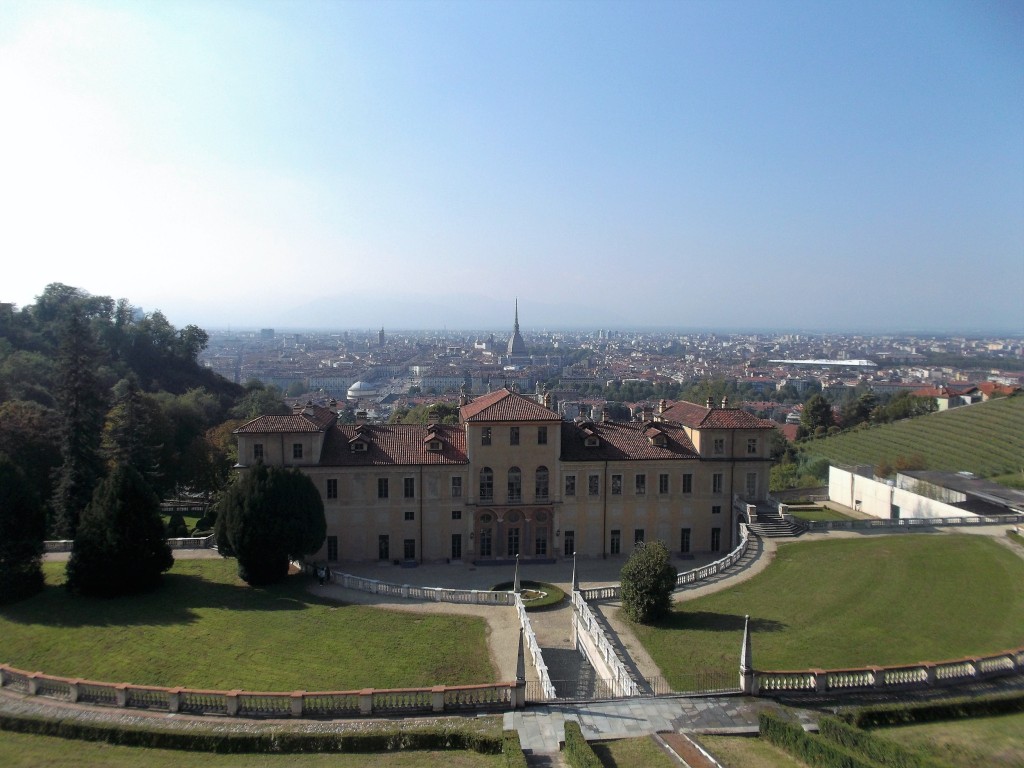 Baroque Turin still has a surprising effect on those visiting the city, but there is also a neo-classical and art nouveau Turin (called “Stile Liberty”)  respectively of the early and late 19th century. An example of the neo-classical style is the Gran Madre di Dio church, which was built to celebrate the royal family’s return from its exile (after Napoleon’s period in Turin) and is reminiscent of  the Roman Pantheon. The Art Nouveau style is related to the industrial development in Turin and the birth of new residential areas. For new buildings hosting the new middle-class families, architects started to use new materials like iron and reinforced concrete, and new decorations: windows with colored panes, floral decorations, curvy and sinuous Iines. A good example is Casa Fleur,designed in 1902 by Fenoglio.

Casa Fleur is characterized by bow-windows and a corner tower with big colored window panes and sinuous parts on top resembling the petals of a flower. Examples of this period are also seen in the commercial galleries Galleria San Federico, Galleria Subalpina and Galleria Umberto I, where the middle-class families used to stroll on Sunday afternoons and stop at one of the many elegant cafes of the city center.

Turin’s symbol, the Mole Antonelliana, was built during the same period by the architect Alessandro Antonelli. It is 167 meters high, was first built to be a synagogue, but was afterwards mostly used for temporary exhibitions. In the year 2000 it became the site of the National Museum of Cinema. 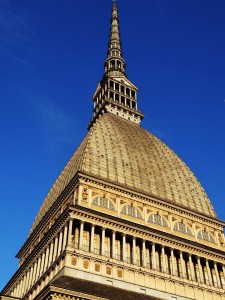 The 20th century was a century of change and transformation characterized by two wars and, consequently, the need to rebuild both  society and the architecture to meet new needs and requirements. The postwar period laid the foundations for Contemporary architecture, but to understand contemporary Turin, it is necessary to dig deeper into this subject on another occasion. Anyone who visits Turin will marvel at the layers of architecture, witness its elegance and forget its industrial past.

Useful Italian words and phrases to use when visiting Turin. Thanks to L’Italiano Porticando Italian Language School: 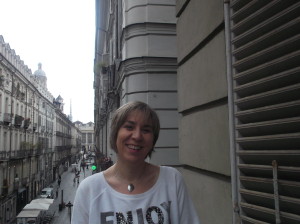 I was born and grew up  in Turin. I studied at the Department of Architecture of Turin’s Politecnico specializing in history and arts. This allowed me to develop a deep knowledge of history of architecture and, in particular, of my hometown Turin. Today I’m one of the partners at L’Italiano Porticando’s  in charge of the cultural activities our Italian language school organizes weekly for our students. I organize the walks through the city, the visits to museums, palaces and residences and to many other local sights. I’m convinced that to learn a language you have to experience it. To hear and to speak about Turin while visiting it is an ideal opportunity for our students to immerse into Italian culture. I love Turin and I love to speak about my hometown. But, most of all, I love to help my students discover it bit by bit. It is a challenge to get people, who are about to learn the language, involved in taking part in discovering the city and to make them feel at ease in a place where they are strangers. You may say that the goal has been achieved when they say good-bye to me with a big smile, happy to have had a great time in this northern Italian city. And my personal satisfaction is even bigger, when they admit at the end of the language course, that they also feel a little bit “Torinesi!”