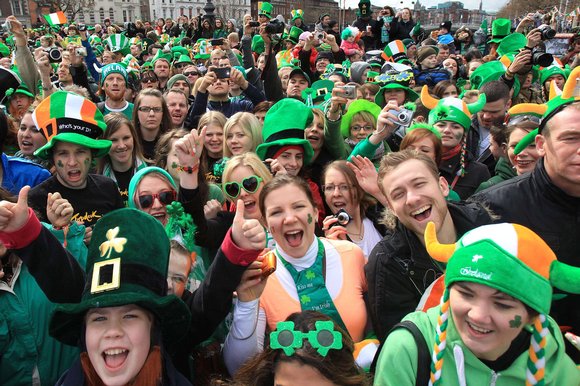 Come to the Green Side!

For the first time Ireland arrives in Turin (Torino) with days of music, food and wine, markets and traditions of this magical country. If you missed the first dates of Turin’s Irish Festival held on the 11-12-13th of March in Lingotto Fiere, don’t worry, it will resume on the 17-20th with even more activities and fun to offer! What better way to celebrate St. Patrick’s?!

March 17th is an important date for the Irish, it’s St. Patrick’s Day, the patron saint and protector of Ireland. According to some sources March 17th is the day on which St. Patrick died (416 AD), but according to the legend of the people, this is the day that St. Patrick drew his “cold stone” from the water. Substantially it corresponds to the day we consider as the end of winter and the beginning of the sowing of the fields.

Dances and songs, glee and gallons of delicious dark beer wrapped in an emerald green hug.

According to tradition St. Patrick’s Day is celebrated by dressing partially or totally in green, consuming food and drink with green dyes: It’s no wonder why Ireland is called “Emerald Isle”! 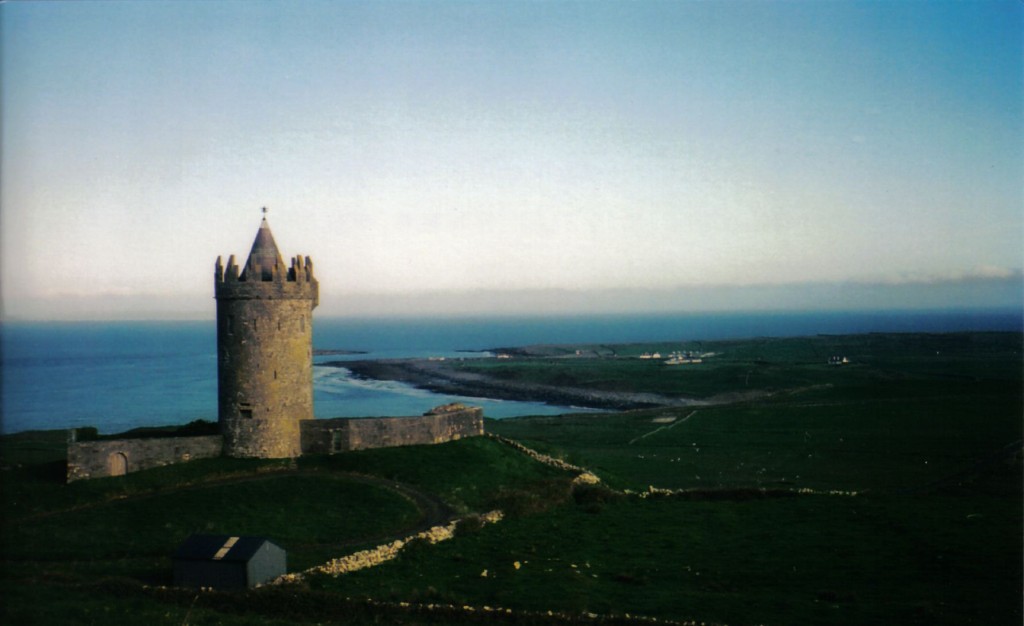 Another typical symbol is the clover, used on clothes and hair as ornament or decoration in the celebrations. With this three leaved plant the Saint explained the mystery of the Blessed Trinity to the pre-Christian Irish. That’s right! St. Patrick’s Day, colloquially “St. Paddy’s Day “, was born in a Christian cradle, but today it’s the Irish national holiday. 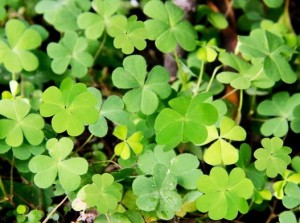 The Irish festival lasts throughout the day, and usually includes a celebratory parade, while in the evening we toast in the typical Irish Pubs. For this reason, Turin’s Irish Festival opens its doors on this day to fully celebrate the Irish spirit!

The Irish culinary tradition has changed over the centuries and, in fact, reflects the long history and rich culture of the people. In ancient times, Irish food consisted mainly of meat, dairy products and fish (anything that was obtained from breeding livestock and from fishing). The arrival of the Normans brought greater focus on agriculture and therefore the integration of vegetables became a tradition. The most common food is, however, the potato, whose arrival was a real revolution for the Irish people.

Irish dishes require particularly long cooking times and the most common cooking method is that of the “griddle”, which consists of using a large iron pot or an iron plate suspended on a stove or over coals. The most famous dish of Irish cuisine is “Irish stew”, or a stew of mutton with potatoes and onions. Mutton is the most consumed meat in Ireland, cooked in various ways, especially in “mutton broth” and “mutton stew”.

In Ireland, a lot of fish is consumed, both fresh and smoked. Some typical Irish dishes are “fish bake”, which is a dish that combines fish with various sauces (especially “white sauce”, a Bechamel sauce enriched with cheese) and “fish pie”, a pie enriched with fish, fried mushrooms and boiled eggs, covered with a “potato crust”.

There are many dishes with potato as the main ingredient: it is almost always simple preparations such as mashed potatoes with additions of various vegetables and butter or cream in large quantities. The “potato apple cake”, apple pie and potatoes, is also famous and tasty.

Do not miss the desserts that come from the ancient Celtic culture. The most famous are: the “Barmbrack”, bread with fruit, the “Plum Pudding”, pudding with sweets, the “Porter cake” a traditional fruit cake flavored with Porter, a dark Irish beer.

In Ireland there is a widespread tradition of afternoon tea and “scones”, butter biscuits that accompany the traditional Irish Coffee. Irish Coffee is one of the typical Irish drinks: long coffee, enriched with whiskey, brown sugar and fresh cream. And let’s not forget the beer! The symbol of Ireland: dark without bubbles, with a thick, soft foam, drunk everywhere by the Irish which accompanies all main meals. 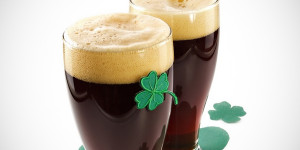 What to do at Turin’s Irish Festival?

Here is a timetable and detailed list of the program for Turin’s Irish Festival from the 17th to the 20th of March: 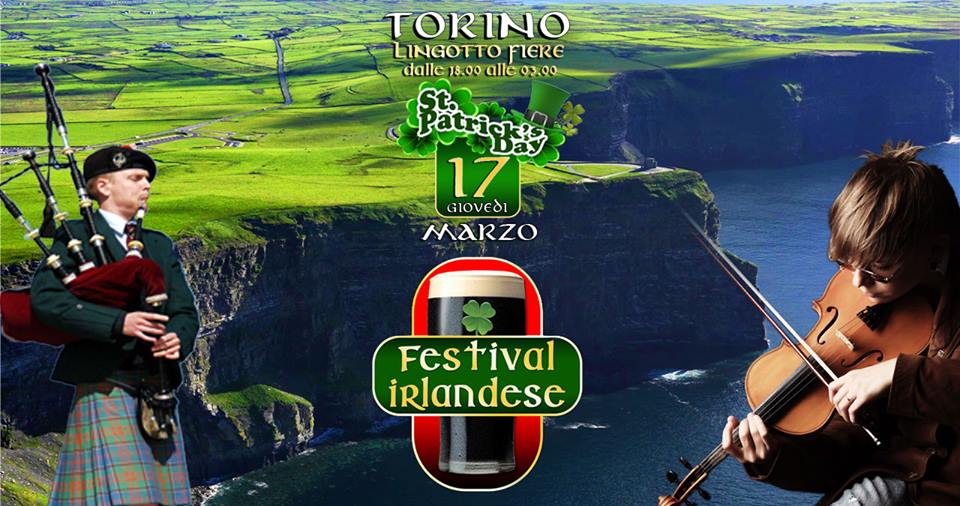 Inside Lingotto they have set up two stages and various cultural areas where the following activities will take place during the day.

In the heart of the party stands a charming old Celtic encampment.
Here some of the traditional aspects of Ireland’s ancient people come to life through costumes, fittings and curtains. The characters will interact with the audience and will take on the preparation of foods and beverages such as mead and hippocras. There’s also archers and swordsmen one step away from the battle. 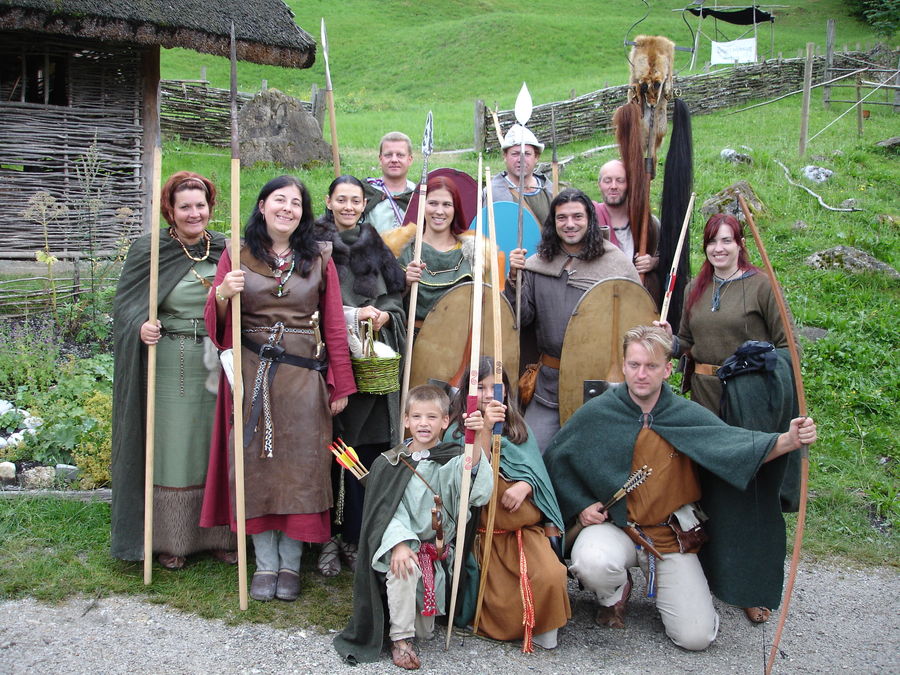 Anyone can participate in the life of the camp by equipping themselves with Irish historical costumes to contribute to its development.

With the addition of only 2 Euros you can not only participate in the Irish Festival, but also the Orient Festival (and its Holi Festival event) as well as the Health and Wellness Fair: from East to West.

How to get there

Reaching Lingotto Fiere is so easy that you can’t miss the opportunity to check out the Irish Festival. The best way is by metro (stop: Lingotto), but you can also call a taxi or arrive by car or bus. 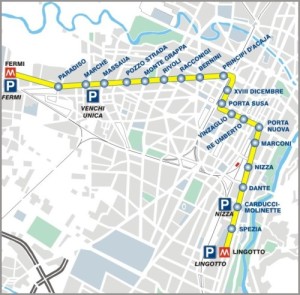 About the Writer: Virginia is a young University student in Turin and curiosity lover. She lives to write with wonder about the marvelous little things that she sees in this world.