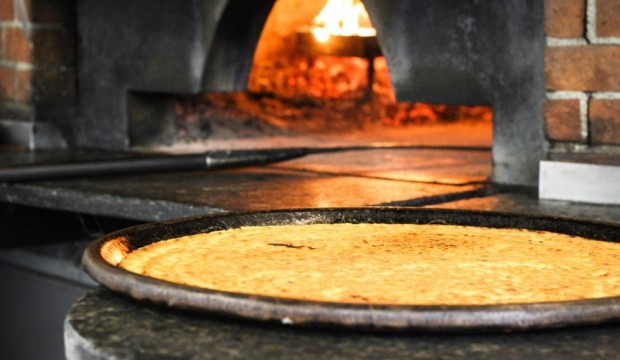 Farinata: a History & Recipe from Piedmont

Farinata: a History & Recipe from Piedmont

Eat it while it’s hot!

When I first moved to Turin, I didn’t always have time to have a sit down lunch because of work, work, work… To make sure I got enough calories, I often found myself going to the closest bakery to grab a quick slice of ‘farinata’, an unleavened oven-baked pancake made of chickpea flour, water, olive oil and salt. Chickpeas are incredibly nutrient dense and filling. I found that this delectable pancake gave me the energy to get through those long work days!

Looking into the past, there are historical records of a farinata-like mixture from Ancient Rome. Soldiers would prepare a batter of chickpea flour and water which they would then cook on their metal shields out in the hot sun when needing to fill up empty stomachs quickly and economically. Its modern oven-baked incarnation, however, appears to have its origins in an accidental discovery by Genoese sailors after Genoa defeated Pisa in the Battle of Meloria in 1284.

Story has it, that, on their return journey, the Genoese ships were hit by a storm. The ships’ provisions of oil and chickpea flour were consequently overturned and soaked with salt water. The sailors’ supplies were limited and they had to content themselves with eating bowls of salty chickpea paste. Some refused to eat this paste and left their bowls out on the deck exposed to the sun. The sailors found the sun-baked mixture to be more palatable. Once they were back on dry land, they perfected the batter and baked it in an oven. They called this oven-baked pancake l’oro di Pisa (Pisan gold) in mockery of the defeated Pisans.

During the Middle Ages and early Renaissance, the Republic of Genoa was one of the great maritime powers of the Mediterranean Sea. Through conquest and trade, Genoese farinata went on to be introduced well beyond what is present-day Liguria. For this reason, you’ll also come across it along the Cote d’Azur in France (where it is called socca), Tuscany (cecina) and northern Sardinia (fainè).

Given Piedmont’s proximity and historical ties with Liguria and the former city state of Genoa, farinata is also widely available here, particularly in the south east of the region where the Genoese architectural and culinary influence is most evident. There, it is traditionally called belecauda (meaning ‘nice and hot’ in Piedmontese), most likely as a reference to the temperature it should be eaten at. The town of Ovada, just a few kilometres from the Ligurian border, is famous for the quality of its belecauda seasoned with rosemary. Here is a recipe from Laura Rangoni’s La Cucina Piemontese for preparing farinata all’ovadese. 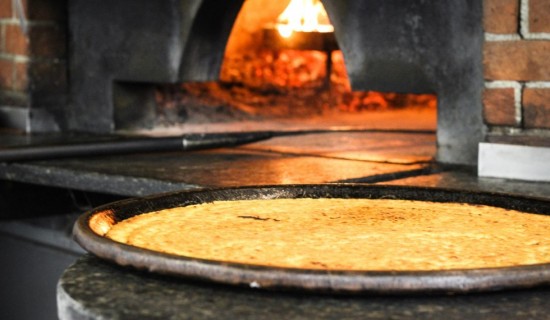