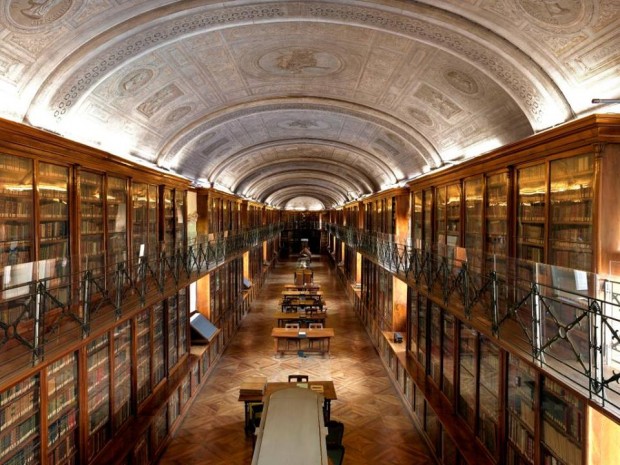 I had the chance to go on a tour of Polo Reale in the centre of Turin as part of the 2015 #torinoincontraberlino programme of events that celebrate the two European cities and cultures. Polo Reale is definitely once of Turin’s main points of interest and comprises over 3 kilometres of history displayed in 5 museums, which were previously separate entities which have now been packaged as one huge museum complex right in the heart of Turin’s historical centre.

The entrance is under the porticos, to the right of Palazzo Reale. In the first half of the 19th century, Carlo Alberto lovingly transformed this from an old wood depot into a breath-taking library that has always been accessible to the public. The smell of antiquity wafts around the space, which houses around 200,000 volumes, drawings, manuscripts, maps and photos from the Savoy and the Savoy-Carignano family collections. Think creaky floors, antique wood cabinets and fine glass cases with an impressive barrel vaulted ceiling by Pelagio Palagi. To top things off, Leonardo da Vinci’s Codex on the flight of birds and his mystical self-portrait have both been kept here since 1840. The self-portrait is sometimes displayed here along with other sketches and maps. Turin’s Royal Library sometimes hosts temporary art exhibitions. 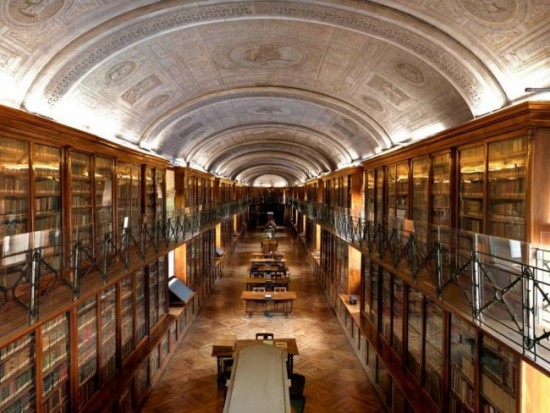 Right next to the Biblioteca Reale, the Armeria Reale houses the Savoy family’s weapons collection that first went on display in 1837. The gallery is called Galleria del Beaumont in honour of the man, Francesco Beaumont who created the stunning frescoed ceiling. The collection has been added to over the years and now boasts 57 complete suits of armour, Emanuele Filiberto’s 16th century sword and the sword of Saint Maurice, which was used by the Savoys for investitures. 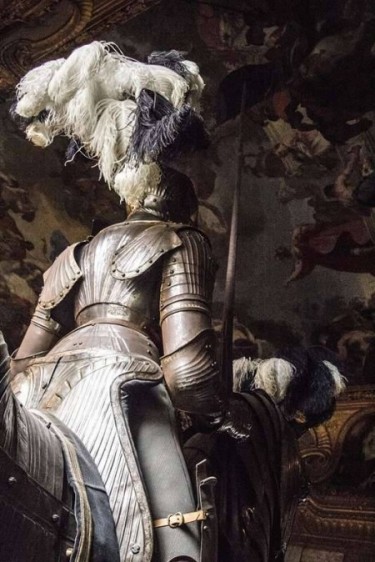 The palace façade by Carlo Morello dates from 1658 and is dotted with windows that appear to be much smaller than they actually are. If you happen to see someone propping open a window during the warmer summer months you will be surprised to see just how high they are. The staircase leading up to the 1st floor was revamped in 1864 by Italy’s first king Vittorio Emanuele II who dedicated it to Carlo Alberto. The interiors of the rooms, including the King’s and Queens’ throne rooms (Sala del Trono & Sala del Trono della Regina), are sumptuously decorated with gilt, stucco, frescos, tapestries and treasures that make it one of the city’s most impressive buildings and well worth a visit. Although Carlo Alberto’s bedroom quarters may be slightly unexpected…! The palace also looks out over The Royal Gardens (Giardini Reali) which are currently closed but which are due to open very soon…so watch this space… 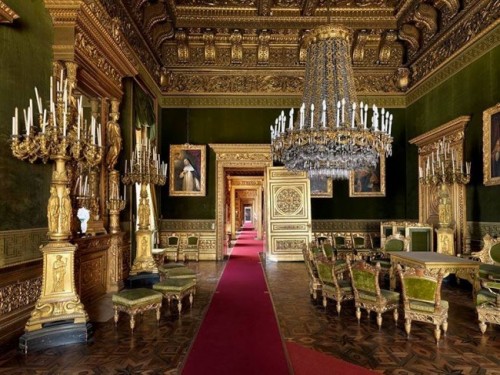 Galleria Sabauda was, until recently, housed on the top floor of the Museo Egizio but is now part of the Polo Reale complex and is housed in the new wing of Palazzo Reale. It boasts more than 700 works by both Italian and other European artists from the 13th to the 20th centuries. There are some glorious portraits of the Savoy royals themselves and also others to watch out for such as St Francis Receiving the Stygmata by Jan van Eyck, The Passion by Hans Memling and a Madonna and Child by Fra Angelico. 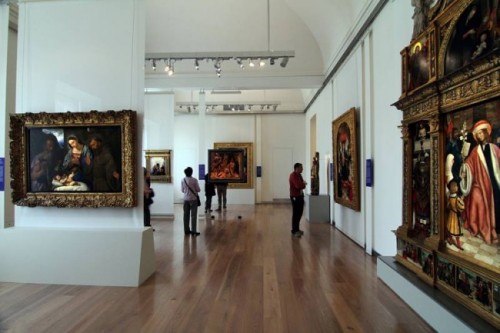 Inside the orangerie of Palazzo Reale, this enormous collection of tools, bronzes and statues dates from prehistory to the Barbarians. Duke Emanuele Filiberto opened its doors in 1572 and filled it to brimming with pieces sourced from excavations from all over Piedmont. In 1998, a new section of space was added that incorporated part of the Roman theatre (Teatro Romano). The theatre is said to date from the 1st century BC and the other section can be seen outside in via xx Settembre. Some items on display inside the Museo Archeologico have also been excavated from the site of Porta Palatina opposite: Roman Turin’s north gate with its 16-sided twin towers that dates from the 1st century AD.

Located in Piazza San Giovanni, next to the Duomo, Palazzo Chiablese entered the UNESCO World Heritage list in 1997 as one of the many Savoy residences…along with the rest of the Polo Reale complex. It is home to Piedmont’s Cultural and Landscape Heritage offices and is also open to the public for temporary art exhibitions.

Learn more about points of interest of Turin’s Polo Reale

Opening hours and other information about Turin’s Royal Museums

See http://www.torinoincontraberlino.it for information about Berlin inspired events in Turin throughout 2015. The German Blogger Tour in Turin was organised by Turismo Torino in collaboration with Incoming Experience. Many thanks to Chiara Crovella and Silvia Cordero. A special mention also to Sabine Cikic, Soraya Nuri, Nico Lai, Caroline Weinkopf, Sabine Neddermeyer & Britta Smyrak. Our fellow Turin bloggers – See you in Berlin!