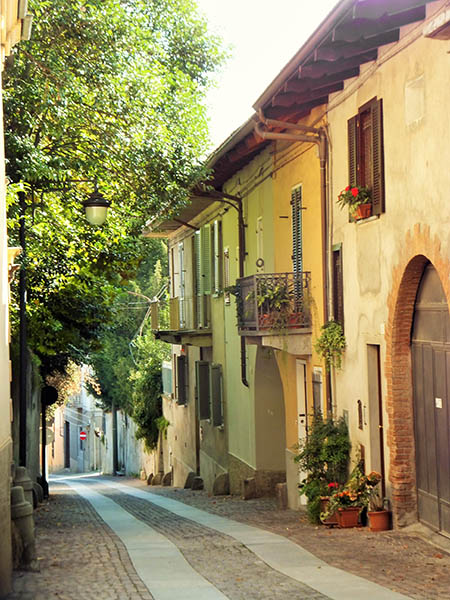 An Afternoon Stroll Through Rivoli

An Afternoon Stroll Through Rivoli

Rivoli is a town located west of Turin, at the entrance of the Susa Valley. I relocated here a year ago as my parents had chosen Rivoli (as many other people from Turin do) as the perfect place for their retirement. Rivoli is mainly a commuter city, yet it has spectacular views over the mountains and Turin. It offers a historical town center with buildings and churches dating back to the 1300’s and is topped by a castle, which was a residence of the Savoy family and is now a world famous gallery of Modern Art. Situated on the outskirts of the urban area, Rivoli borders on native bush and farmland which stretches for miles in all directions. 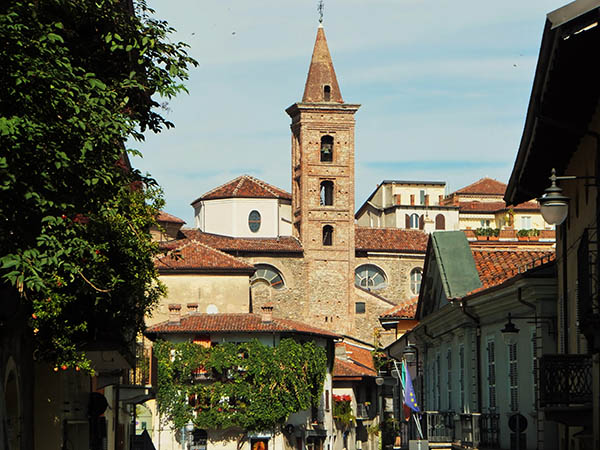 On a Sunday afternoon, taking advantage of a sunny and warm autumn day, I put on my comfortable walking shoes and ventured through the narrow cobblestone streets of Rivoli’s old town. I started by walking up the main street, via Piol, also known by its original name ‘via Maestra’ (‘main street’), which leads to the oldest part of town. Buildings are painted in yellow, peach, orange, red and green and many are still decorated with original mural paintings and bronze fixtures on the balconies and windows. 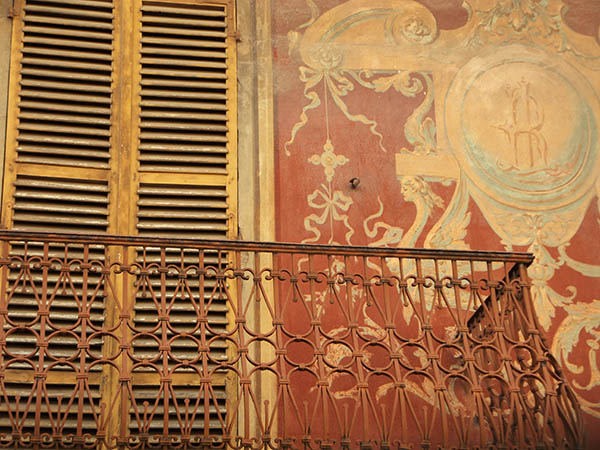 At the top of the main street there is one of Rivoli’s oldest buildings, the House of the Green Count (Amedeo VI of Savoy), built in the 1300’s. The street ends in a small square, Piazza Matteotti, with the old Town Hall and the pink walls with beautifully restored frescoes of the church of Santa Croce, built in the 17th century. A few steps down via Santa Croce, I found myself in a larger square, Piazza Bollati, just under the castle. Turning around I got a magnificent view of the church of Santa Croce and its steeple, towering the colorful old houses clinging to the hill.

The view of Castello di Rivoli is obscured by another stately middle aged structure, the church of Santa Maria della Stella, dating back to 1299. From there, several lovely streets stream down the hill, all with cobblestones and pastel colored buildings. I took a turn in via San Martino to reach yet another church: San Martino built in the 1700’s. Then I retraced my steps back up the hill towards the castle. Since the hilltop passageways are rather steep, the Town Council built an escalator to cover the last few hundred meters. But, I was out of luck because the escalator was closed for maintenance … never mind … After walking the last few steps and reaching the castle I caught my breath admiring the view over the town, the city of Turin and the distant hills on the east side of Turin across the Po river. 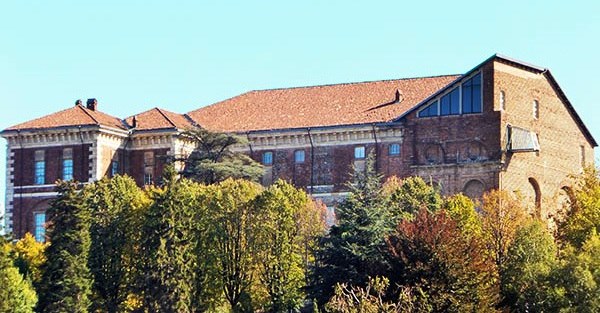 Rivoli’s castle was built in the 1600’s on what remained from a former fortress. Destroyed in 1693 by the French troops, the castle was rebuilt and expanded in the 1700’s (Rivoli is on one of the main roads to France so it had been invaded several times throughout history). At that time, the Savoy family called on the renowned architect Filippo Juvarra as they intended to build an ostentatious royal residence which would rival some of the largest royal palaces in Europe. However, more war troubles halted the project – only one third of the original plan was completed and the front of the castle remained detached from the south facing wing. In the past two centuries Castello di Rivoli had been used as barracks for various occupying forces, stables, accommodation for the homeless, workshops and shops. Only in the 1970s the restoration works were carried out and, since 1984, the castle has played host to a permanent Modern Art exhibition. Today, Rivoli’s castle is one of UNESCO’s world heritage sites. 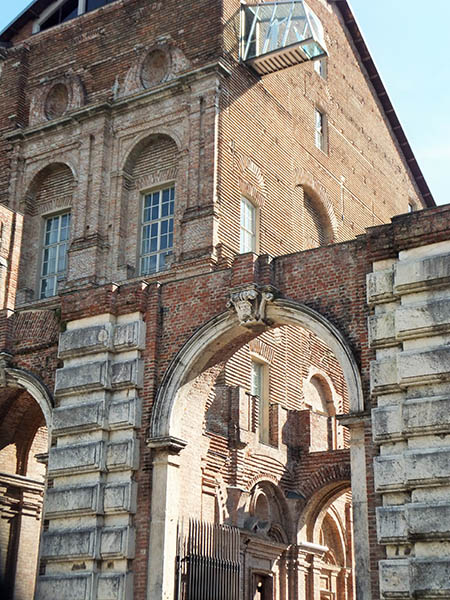 The art exhibition is definitely worth a visit. There are guided tours which combine the castle’s history, along with the art displays. The art installations are mostly large, unconventional and outstanding pieces…the contrast between modern art and century’s old architecture provides a rather unique setting. 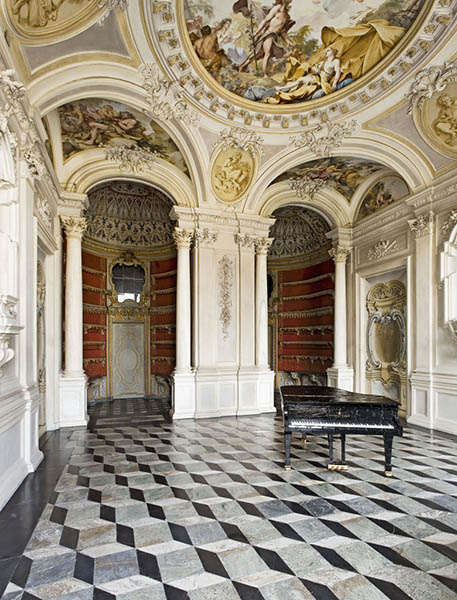 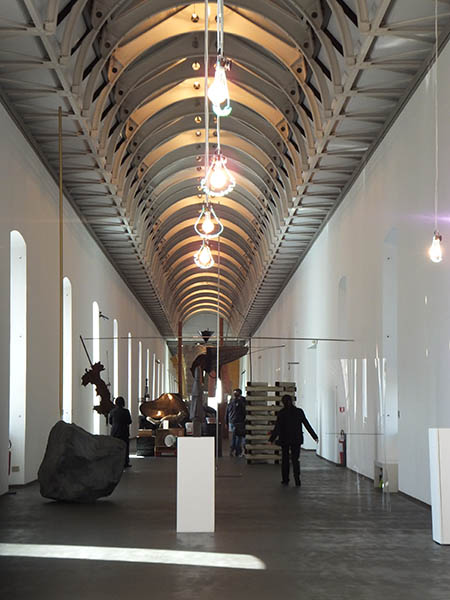 Castello di Rivoli is also host to one of the top 100 restaurants in the world, Combal Zero, which offers a menu as eccentric as the modern art on display inside the castle, yet somewhat based on Italian traditional cuisine. Prices, however, are not for the faint hearted – with fixed menus currently around 180 Euros per person plus wine.

At the end of my visit to the castle, I skipped the restaurant and opted for a walk into the green of the park Melana on the Eastern side of the hill. At the back of the castle, I continued on the main road along the top of the hill in a tunnel of trees and, just after a few hundred meters, I turned right along via Fontana Costero, which leads straight into the native woods and farmland of the Moraine hills. There are several tracks which lead to the neighboring town of Rosta and further away to Buttigliera, Reano and the Avigliana lakes, stretching for twenty or more kilometers, all to be enjoyed by hikers and cyclists. For me, just a short walk through brown leaves and fallen chestnuts on the way home was the perfect way to end my stroll through Rivoli. 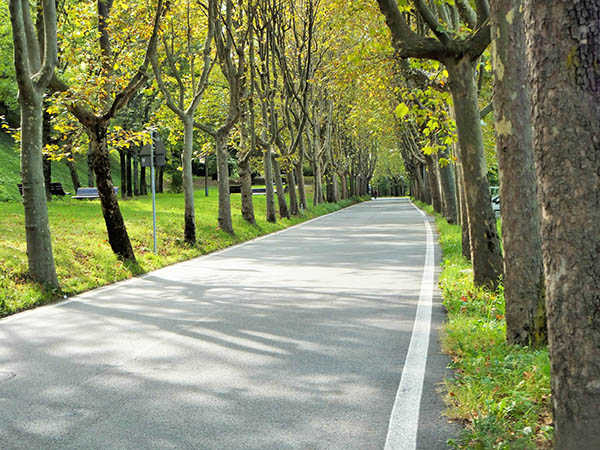 Indeed, I would strongly recommend to anyone, either living in Turin or just passing through, to take some time to visit Rivoli and spend a day filled with art, history and nature. Naturally, as in any other Italian town, you will also find quaint shops and have plenty of opportunities to stop for coffee or, depending on the season, for either a hot chocolate or gelato.