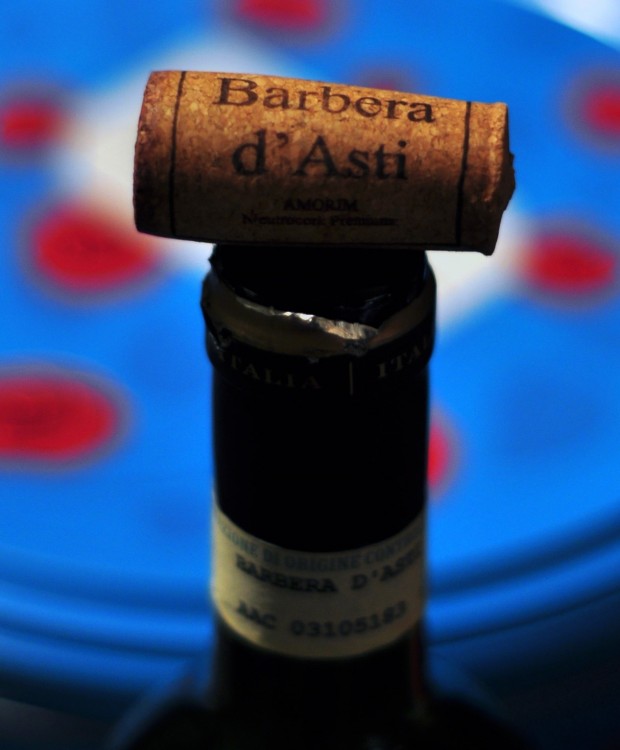 Monferrato is part of the recently UNESCO-named World Heritage Site “Viticultural Landscape of the Langhe-Roero and Monferrato.” Asti and Alessandria are its two main provinces. We’re going to explore the territory of the Monferrato Wine Road in Asti (Strada del Vino Monferrato Astigiano).

The Monferrato Wine Road has been organized into four thematic areas crisscrossed by eight different routes, which can be found on the Strada del Vino’s official website. Follow the roads through vineyards and forest, by fields and castles, and through centuries of history and architecture (doesn’t that sound magical?) for your very own Piedmont wine tour. 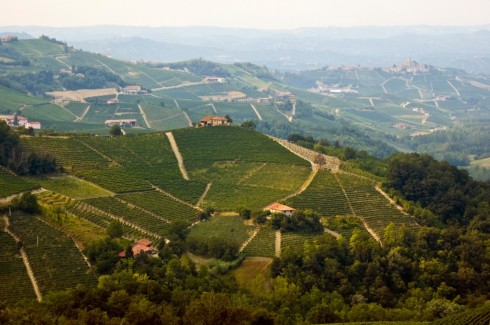 The Monferrato is the land of the “Lady in Red” – that most popular of Piedmontese wines, Barbera. It was here that Barbera took on a new reputation in the 1980s, graduating from a basic table wine as producers switched their focus from high quantity to high quality. Giacomo Bologna of the Braida winery in Monferrato was the man who spearheaded Barbera’s transformation with his Barbera d’Asti, the Bricco dell’Uccellone.

Suffice it say that while you’re in the area, it won’t be hard to find some excellent Barbera. The Monferrato produces Barbera d’Asti and Barbera del Monferrato; and if you see just “Nizza,” it’s a highly-regarded subzone of Barbera d’Asti. Other than this prolific grape, which covers over a third of all cultivated vineyards in Piedmont (the most of any variety), keep an eye out for these Piedmontese wines: Grignolino, Ruché, Arneis, Freisa, Malvasia di Castelnuovo and Shierano, and Bonarda.

The Monferrato Wine Road in Asti covers a large territory, so its routes are best traveled by car or by avid bikers. Here are the four thematic territories with the roads that have been mapped out in each so you can venture out on your Piedmont wine tour. Don’t forget to take a look at the Strada del Vino’s website for the exact wine road and stopping points!

The smallest area of the four wine regions to explore but what it lacks in square miles it makes up for in number of food festivals. In addition, one of the most beautiful royal residences in Piedmont is located in San Martino Alfieri, the 18th century Castle of the Marchese Alfieri and its parks.

And what about those food and wine festivals? To name just a few…San Martino Alfieri has a Festa del Barbera; San Damiano d’Asti celebrates a local Bionda (“blond”) breed of capon with an historical fair, the Fiera Storica del Cappone, in December, and their truffles in November. Eat artisan salami in Villafranca d’Asti during Maiale d’Autore, and taste hazelnuts in Castellero in mid-October during the Sagra della Nocciola.

The one itinerary marked out by the Strada del Vino association is The Hills of the Rivers, Le Colline dei Fiumi, which takes you through towns that give you a taste of authentic Piedmont, including San Damiano d’Asti and its Regional Enoteca (an obligatory stop for the wine lover!), and Cisterna d’Asti with its Bottega di Vino (wine shop) and medieval castle.

This central area of the Monferrato in the Asti province is home to more forest than vineyards, and the National Park of the Andone, Botto, and Grande Valleys is located here. But viticulture isn’t totally absent – we’re in Piedmont, after all! Vineyards are cultivated quite a bit around the town of Cocconato, which is known as the “Riviera of the Monferrato” for its charming beauty. This area is best known for its numerous Romanesque churches that dot the hills and small towns. And many of these small towns have particularly beautiful historic centers, such as Cocconato, Montechiaro, Montiglio Monferrato, Piovà Massaia, and Villa San Secondo, to name just a few. 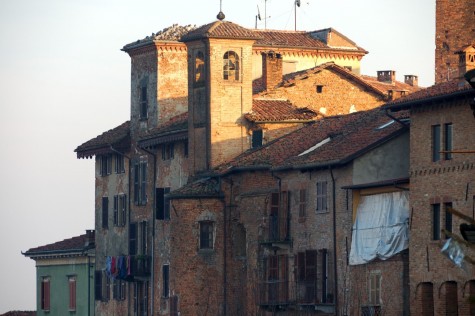 Part one of the route Hills of the Po, Le Colline del Po, runs through this area (the route is divided in three; the rest are below). The Hills of the Po passes through valleys and along hillcrests with magnificent views of the Alps and surrounding territory. Don’t miss the castle in Moncucco Torinese, or the Bottega del Vino in town for a selection of Monferrato wines.

The Forest Hills, Le Colline dei Boschi runs from Soglio to Camerano Casasco and is characterized by having the most number of historical Romanesque sites along it. If you fancy spending the night in a castle, the 12th century Castle of Soglio is an atmospheric bed and breakfast; and don’t miss the White Truffle Fair in Cortazzone in December. 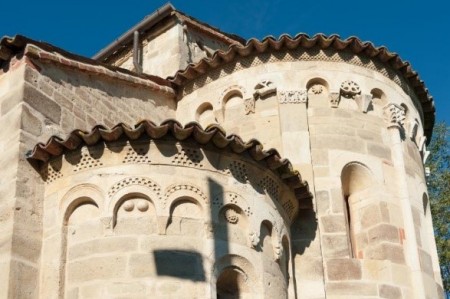 Named in memory of three prominent saints from this area, San Giovanni Bosco, San Domenico Savio, and San Giuseppe Cafasso, this hilly area is home to the grapes of Freisa and Malvasia that grow near Castenuovo Don Bosco and Shierano, as well as Bonarda and the lesser-known Albugnano. The Vezzolano Abbey is a Gothic-Romanesque architectural jewel, not to mention the heart of wine production by monks for centuries for the Eucharist (keeping viticulture alive during those dark days when most people didn’t drink wine for enjoyment). 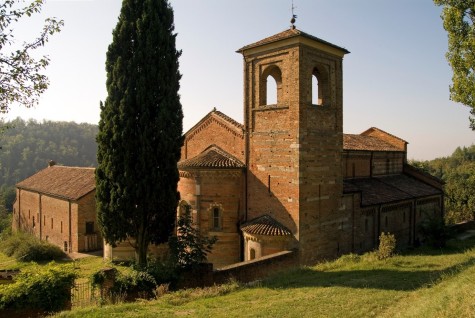 Three routes cut through the Land of Saints. If you take the Hills of the High Plain (Le Colline del Pian Alto), you may be interested in stopping by Colle Don Bosco for a visit to the Ethnology Museum; if it’s spring – May 1, to be precise – a Freisa Wine Festival is traditionally held in Buttigliera d’Asti (Le Contrade del Freisa).

If you take the Hills of Rilate and Versa (Colline del Versa e Rilate), you’ll notice more forests and hazelnut groves than along other routes. Stop by Piea for its fabulous 12th century castle; by Montiglio Monferrato for another 12th century castle and an autumnal truffle fair; and the 18th century Castle of the Counts d’Amico in Castell’Alfero, which also has an ethnography museum in its lower levels.

Along the second stretch of the Hills of the Po, you’ll want to stop by the charming “enoagriturismo” called the L’Acino d’Uva in Cunico Monferrato. Restaurant, hotel, and family winery, its 17th century farmhouse enjoys a stunning view of the land. 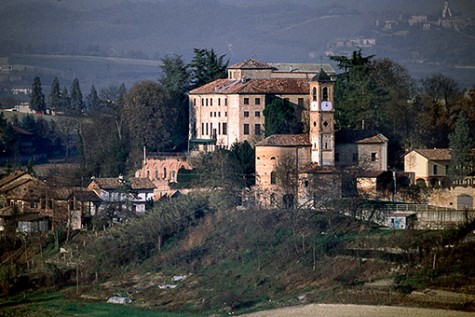 This area takes its name from the great Marchese Aleramo of the 10th century, the founder of the Monferrato through a generous land grant, and a man made of numerous legends. While traveling through, you might notice the tuff rock used abundantly in its architecture here – an important geological feature for grapevine cultivation. Here, the wines of Grignolino, Ruché, and Barbera are produced in the greatest quantity. In addition, Piedmont’s largest winery is located in Portacomaro: Castello del Poggio, with over 130 hectares of cultivated land.

The Marchese Hills (Colline Marchesato) route takes you through gentler hills covered in Grignolino and Ruché vineyards. Montemagno has a beautiful 10th century (or earlier) castle, and an interesting bread-based event at the end of May (Pane al Pane). If you’re into grappa, stop by Mazzetti Distillery in Altavilla, and for a full immersion into the grappa world extend your knowledge at the dedicated museum. As for wine, there is a Cantina Sociale in both Casorzo and Castagnole Monferrato; and Portocomaro has a lovely Bottega del Grignolino – buy a bottle of this light red wine, or peruse the selection of Barbera and Ruché. 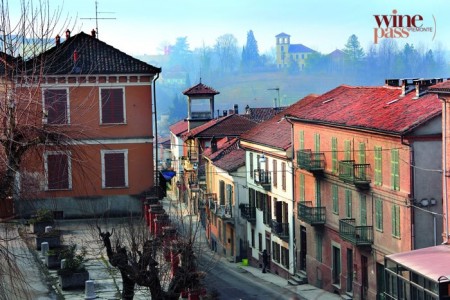 The final stretch of the Hills of the Po wine tour itinerary passes nearby the Sanctuary of Crea, though not all the way there; take an off-the-Wine-Road trip to visit the Monte Sacro for a peaceful hike. Picking up the road again, don’t miss the Castle of Razzano in Alfiano Natta. It is a beautiful relais and winery, and has the ArteVino museum, with educational and artistic exhibits that ends with a wine tasting. Salute!