A Brief History of Nizza Monferrato

In 1225, when the city of Alessandria fell from war destruction, many of its inhabitants fled west and founded a new village, Nizza Monferrato. Today the calm streets of Nizza Monferrato in the serene Asti wine region suggest nothing of its tumultuous history. First beseiged by Charles I, then by the Count of Armagnac, and multiple times attacked by the Spanish and then the French , the town finally settled into the hands of the House of Savoy in 1703.

At that time the Duchy of Savoy ruled both Nizza Monferrato and the French city of Nice (Nizza in Italian). The suffix, “Monferrato,” was needed to distinguish the inland one from the coastal one. Nizza Monferrato has also been called “Nizza della Paglia” (Nizza in the countryside) but the Italians feel the need to recognize the French city of Nice by its own suffix, “Nizza Marittima” (Nice of the sea) and in Piemontese dialect, they would say, “Nissa dël Mar.”

Either way the French connection is still evident today but in my experience, mainly through the food. The popularity of the “Insalata Nizza” throughout the area’s cafes and restaurants clued me in initially to the cities’ kinship. The Insalata Nizza is composed of exactly the same ingredients as the “Salade Niçoise” but assembled differently. Other foods local to Nizza include: belecauda (fried cake made from chickpea flour), cotechino (charcuterie that requires cooking and it is extraordinarily delicious), Insalata Russa (Russian Salad – similiar to potato salad), as well as all manner of homemade pasta, and carne cruda (high quality raw beef like carpaccio but ground up). 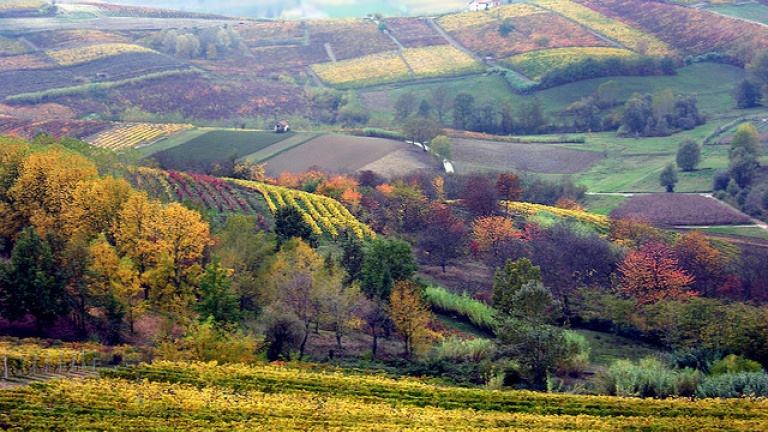 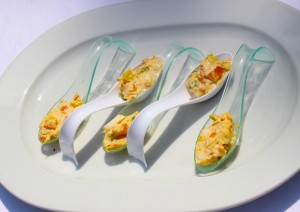 Besides being a mecca of great Piemontese food, Nizza, the wine region, is actually at the heart of the best Italian Barbera zone: Asti. While the wine called Barbera d’Asti (Barbera from Asti) attained its DOC status in 1970, it was not until the mid 1980s when its global reputation escalated. In 1985 Giacomo Bologna of the landmark producer, Braida, surprised the wine world with his release of a Barbera wine made from his top vineyard site called Bricco dell’Uccellone (hill of the large black bird). He aged it in French barrique (barrel) for 18 months, a technique not only new to Piemontese winemaking in general, but one that hadn’t been used for Barbera before because it was a grape considered appropriate only for making “vino sfuso” (bulk wine). It took another 23 years for Barbera d’Asti to attain its DOCG status, and when it did, many of the Nizza municipalities were recognized as superior. 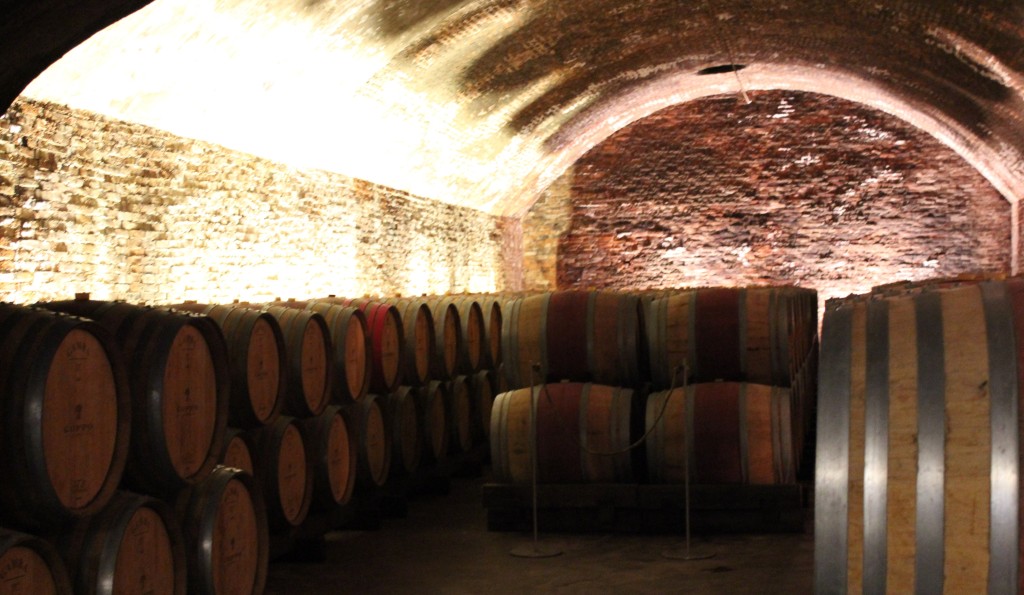 Despite all the strife of its past, Nizza is now a prime example of camraderie. With the recognition of its own area as the best of the best, the producers of Barbera d’Asti DOCG Superiore Nizza joined forces, and finally attained their very own superior Barbera appellation with the 2014 harvest. Now the former Barbera d’Asti DOCG Superiore Nizza wines are simply called Nizza DOCG, much like the Dogliani DOCG appellation I’ve written about before.

The Nizza DOCG wines must adhere to a long list of grape growing and winemaking constraints. The members work together every year and blind taste each other’s wines, offering constructive criticism, looking for ways to improve. In this way, the Nizza DOCG Barbera wines have and will continue to attain greatness and an honorable reputation in the global market. Imagine if all regions’ winemakers worked together like this!

While there are a plethora of outstanding wine producers of Barbera from Nizza—you can find a complete listing here – a couple of them are notable and worth visiting not only because of the wine they produce, but also because of their history in the region. 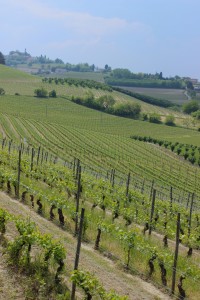 The legendary producer, Coppo, located in the village of Canelli offers visits to their underground historical cellars which are included as part of the Langhe-Roero and Monferrato UNESCO World Heritage site. Built in the early 1700s, the Coppo cellars reach depths of 130 feet and open through 16,000 square feet into the hills of Canelli. 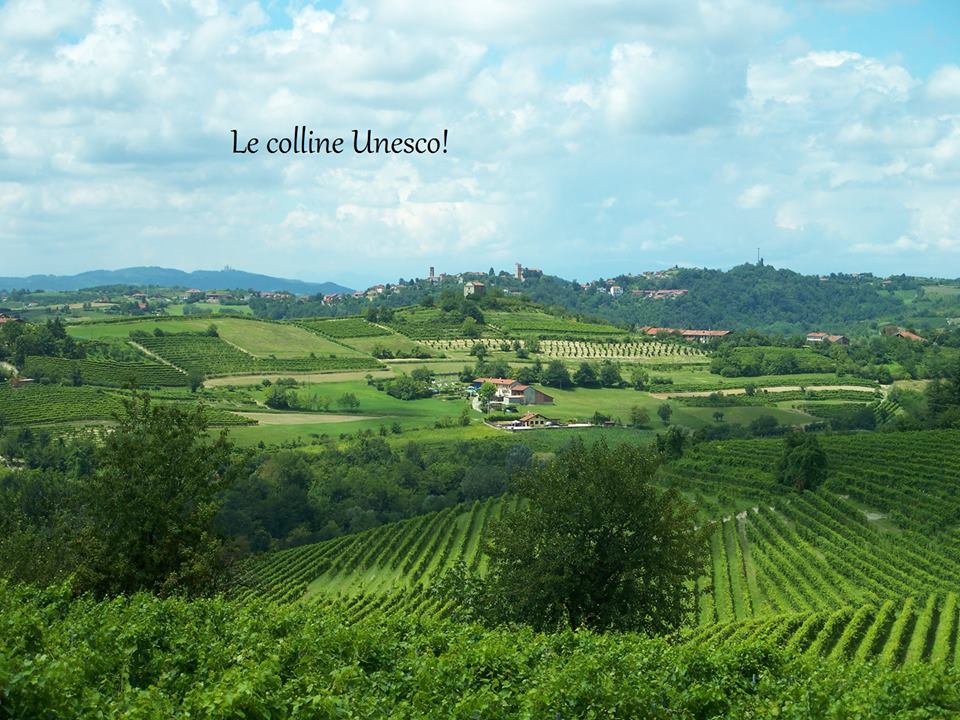 Michele Chiarlo boasts four generations of winemakers in Piemonte with ownership of many vineyards in prized pockets of many sub regions. One of the best properties, Tenuta LaCourt, located within the Nizza denomination, is worth a visit! Definitely go, if not for the impeccable wine, for the sheer impact of the energy of the estate. All of its sculptures and art installations are gorgeously integrated into the slopes of the hills and lines of the vineyards. 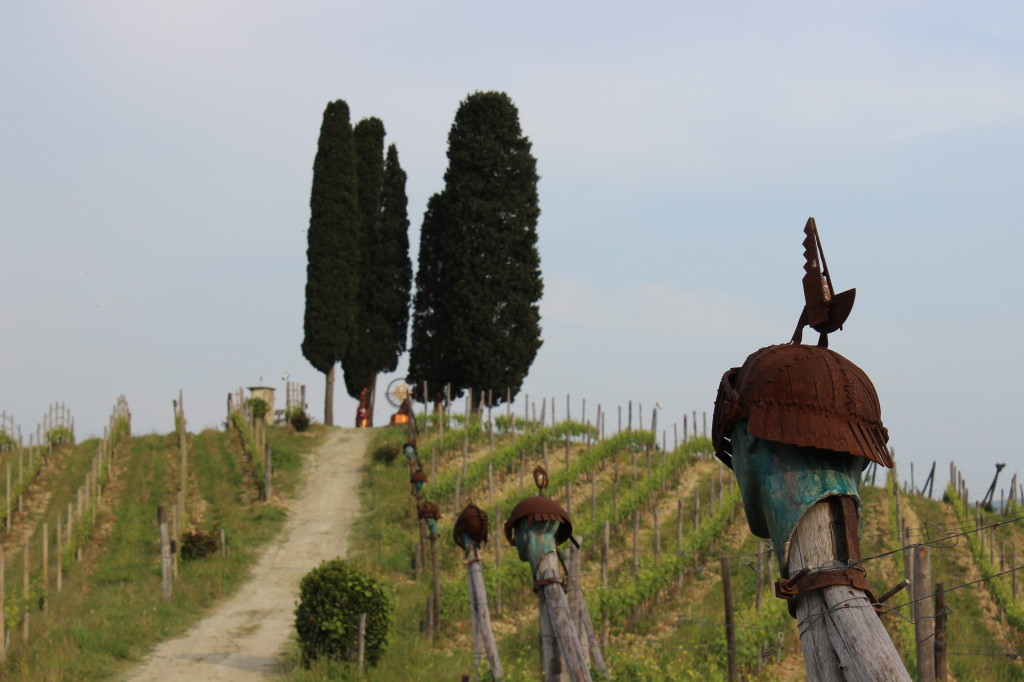 Most of the villages of the Nizza area also offer plenty of sites to see. One remarkable spot is Tra le Terra e il Cielo in the village of Moasca. Upon its rooftop, al fresco dining will give you a perfect repose and ideal location from which to take in the local beauty. The cafe’s surrounding towers and wall relics of structures past will remind you of the battles that were fought to bring the peace of today. Explore the towers and thank our forebearers for defending such a magnificent place.

For information about the Monferrato wine road in Asti

Marcella Newhouse is a Wine Journalist, certified Sommelier, and WSET Diploma candidate. She stays in close contact with the Italian wine scene by traveling to Italy a few times a year.

Keep up with her stories and reviews at www.enotecamarcella.com