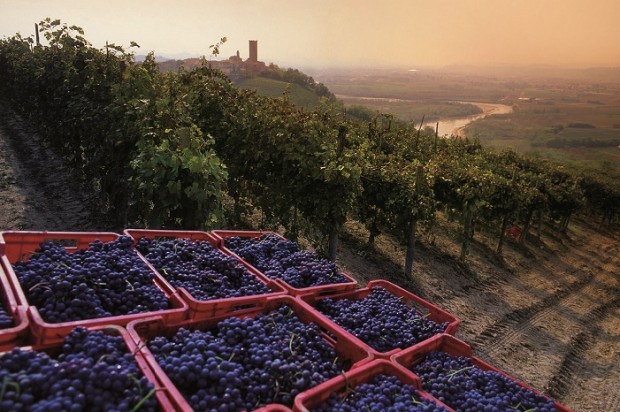 When people speak about the fine Italian red wines from Piedmont, they are usually talking about Nebbiolo and Barbera. Rarely does the grape, Dolcetto, get a mention when speaking about Piedmont wines. It’s an afterthought, at least in the hills of Barolo and Barbaresco. But people don’t realize, there are fine Dolcetti† out there. Some of them—I will venture to say—are on par with their Nebbiolo and Barbera counterparts. You just have to know where to look and what to look for.

So, here are a few secrets I can let you in on about Italian Red Wines from Piedmont…

Dolcetto needs cool slopes to thrive. It will lose its lovely aromatic profile in hotter locations. In the heart of the Langhe, Nebbiolo vies for the warmer and better-exposed slopes, of which it has proven itself worthy. Growers put Dolcetto in the “less desirable” (for Nebbiolo) spots: those with cooler expositions and elevations. While this works out pretty well for Dolcetto, it’s still playing second fiddle—or third really.

Dolcetto d’Alba‡, as it is most often classified when coming from the Langhe, can be really almost forgotten in those hills. With all due respect, yes, focusing on the king and queen makes sense there. But, if you have never had another Dolcetto, other than the ones produced in the Barolo and Barbaresco zones, you are missing out. 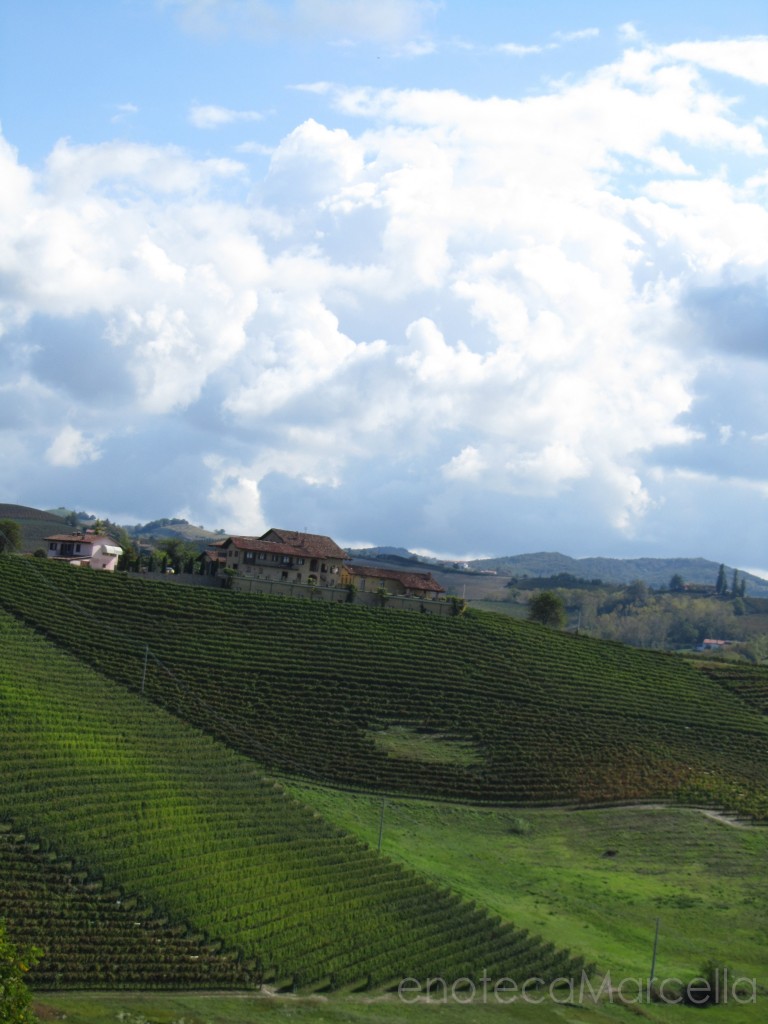 The hills of Dogliani, just to the south of the Barolo zone, produce the very best Dolcetto wines in the world. Its rolling hills reach higher elevations than those of Barolo. With balanced and cooler temperatures, the area maintains strong Dolcetto vineyards as well as groves of hazelnut trees, farmland, pastures, and forests. It is certainly worth an extra 10-minute drive south from the Barolo village of Monforte d’Alba, which is all it takes to get there. If you are in the area, go. But if you can’t make a visit, a bottle is more than worthy of your purchase.

As for Dogliani Dolcetto wines…

Documented as early as the late 1400s, Dolcetto wines from Dogliani come with a bigger set of production standards than Dolcetto d’Alba and are made for pondering and aging. In fact, they are ranked on the same level as Barolo DOCG and Barbaresco DOCG, as well as Barbera d’Asti DOCG. Dolcetto from Dogliani can be classified as Dolcetto di Dolgiani Superiore DOCG, or just simply Dogliani DOCG (they are the same).

Dogliani became its own DOCG in 2005. (It achieved its DOC status in 1974, as did Dolcetto d’Alba.) In order for a Dolcetto to be classified as Dogliani DOCG, it must come from one of the following communes: Bastia Mondovì, Belvedere Langhe, Clavesana, Cigliè, Dogliani, Farigliano, Monchiero, Rocca Cigliè and in parts of Roddino and

Somano and grow in locations between 250 to 700 meters in elevation. Minimum aging in the winery is one year; the minimum alcohol requirement is 13%. Dogliani DOCG must have a deep red color, elegance, intense fruit, and aromas of currants, raspberry, and blackberry. Absolutely delicious!

Some of my standout Dogliani producers are: 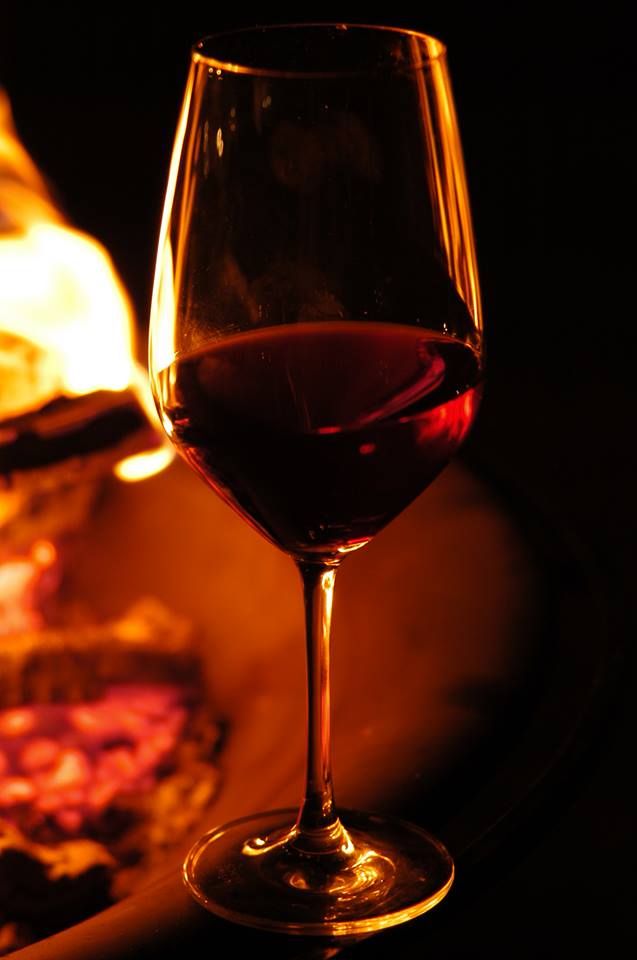 On a recent trip to the area, I visited Pecchenino and Anna Maria Abbona, both of whom produce three separate Dolcetti.

Most notable of the Dogliani DOCGs include Pecchenino’s Siri d’Jermu 2012, which ages in the winery for about one year in 25 HL barrels before bottling. Big spice and fleshy black plum fruit balance an impressive structure and lush texture in the Siri d’Jermu.

The Bricco Botti 2011 from Pecchenino delivers tons of crushed berry fruit on the bouquet, good spice, and even more of a backbone, proving its aging capabilities. The Dolcetto vines for both wines grow at an average of 420 meters with a south to southwest exposure but the Bricco Botti goes thorough a longer maceration period (25 days as opposed to 15 days for the Siri d’Jermu) and ages for about two years in large barrels prior to bottling.

From Anna Maria Abbona, her charismatic Maiolo and more meditative San Bernardo, both classified as Dogliani DOCG, always fire my senses. The Maioli comes from old vines planted in both 1936 and 1943, which sit at an average of 500 meters above sea level. Smoky, intense, and deep, the Maioli 2012 on the palate is fresh and vibrant, bursting with flavors of raw almonds and all colors of berries. 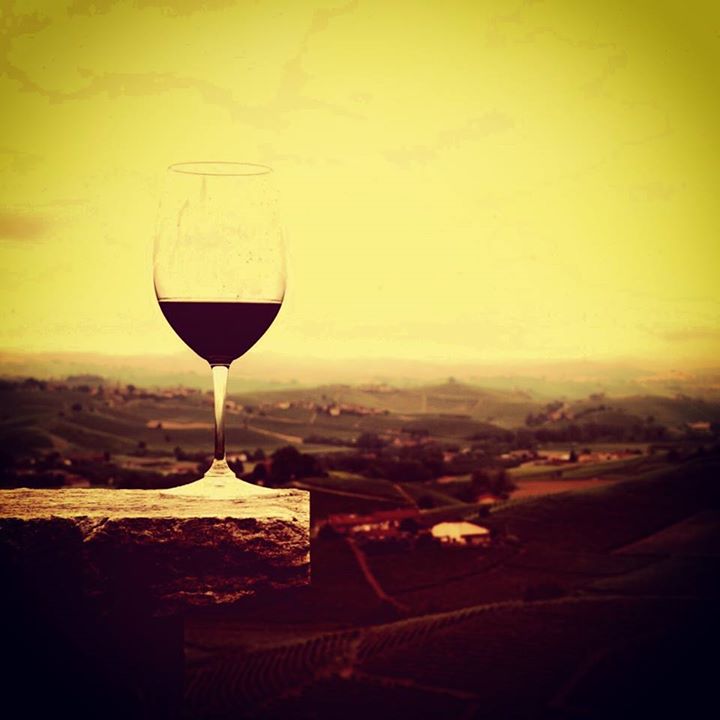 While the Dolcetto for the Maiolo rests in stainless steel for a year before bottling, her San Bernardo ages in large oak barrels for 18 months prior to release. The Dolcetto grapes for San Bernardo (also planted in 1943) come from the hill for which the wine is named, and grow at the highest elevation of all of her vines (550 meters). It therefore needs more aging in the winery and produces a more serious wine. The San Bernardo 2011 is rich and complex with autumn spices, black fruit, forest notes, and a great structure – gorgeous!

While Dolcetto d’Alba certainly has its place at the table as a simple starter with antipasti, Dolcetto di Dogliani Superiore DOCG is another character entirely, and certainly deserves center stage more often during meals.

If you would like to taste Dolcetto wines from various Dogliani producers, then stop by Dogliani’s official wine shop, La Bottega del Vino Dogliani

UPDATE: Dolcetto wine will be in the spotlight. The Piedmont region has designated 2019 as the Year of Dolcetto highlighting its 3 DOCG and 9 DOC labels with an array of events and initiatives in the production zones of the Langhe, Monferrato and Turin. Itineraries and walks, concerts, charity auctions and fairs will celebrate the ancient vine and tradition of Dolcetto in Piedmont. Here’s the 2019 Year of Dolcetto program and events.

† In the Italian language, “Dolcetti” is plural for Dolcetto.

‡ There is a Dolcetto d’Alba “Superiore” DOC classification, which Dolcetto from the Langhe hills can acquire if it has a single vineyard designation and is aged for at least one year in the winery prior to release. These are rare but can achieve great complexity as well. 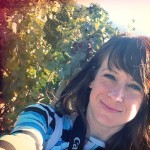