…and stories behind them

What binds a person to its territory are traditions and memories. Reliving  these traditions over time, thanks to parties and celebrations, allows us to stay in touch with our own identity. Recipes and food are an important vehicle of memories and emotions. That’s why it’s interesting, as well as important, to seek and rediscover the tastes of ancient foods and recipes (sometimes lost in time) to tell their story. Here are just a few ancient foods from Piedmont, along with recipes…

In the Occitan valleys you will find a cuisine with simple ingredients. Yet, ingredients with a genuine and true taste.  Raviolas (Raviolas recipe here) are an example – potato dumplings with an elongated shape. Naturally, there are some small differences in the ingredients used and variations of the dumpling shape depending of the valley in which they are prepared.

Raviolas are usually served with mountain butter and are said to bring good luck … for this reason they are served at Engagement and Christening banquets. The potatoes are smashed using an ancient instrument called arduiro , which I never even knew existed! 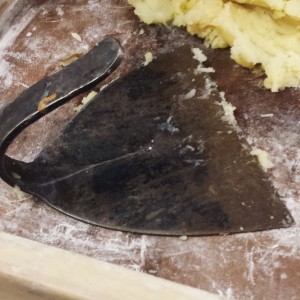 Montebore cheese, an ancient cheese with a shape that reminds us of the ruins of the castle of Montebore, can be found in the province of Alessandria as part of the project for artisan food production by the Slow Food Foundation. This cheese is made from raw milk (70% from cow’s milk and 30% sheep’s milk) and  can be eaten fresh, semi-aged (after 20 days) or aged. 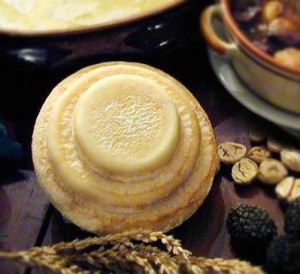 Montebore cheese is interesting not just for its unique taste, but also for its history. This cheese is associated with  Leonardo da Vinci because, as master of ceremonies at the wedding of Isabella of Aragon and Gian Galeazzo Sforza in 1489, he chose Montebore as the only cheese to be served to the nobles attending the wedding banquet.

The origins of Montebore cheese can be traced back  to the IX – XI century, and specifically to the cheese mastery of the monks of the Benedictine Abbey of Santa Maria di Vendersi.

Everyone knows and uses ketchup, however, true Piedmontese people do not. A true Piedmontese cooks and uses Salsa Rubra. And we are not talking about Cirio Rubra, produced since 1932 as the Italian answer to the famous red sauce.

Everyone believes that the name ketchup comes from America, but it is actually Malaysian! Its name, in fact, comes from the Malay word kecap which was a fermented sauce of anchovies and blue fish. Nor is it Salsa Rubra – the bagnetto rosso (small red bath), another typical Piedmontese sauce which is often served with tomini or anchovies.

The true Salsa Rubra, although Cirio’s sauce is very similar and tastes very good, is  different and is  made of tomatoes, vegetables, sugar, vinegar and spices that can vary depending on the recipe. In fact, there are several recipe variations used within a single family. I fondly remember at the end of every summer, days spent by the entire family preparing preserves, jams and Salsa Rubra which graced our table throughout the year.

Salsa Rubra is an excellent accompaniment with meat. I use salsa rubra whenever I can…once you’ve tried it, you won’t want to live without it.

Cari is an old wine that has earned DOC status in 1999 and is currently produced by very few wineries (unfortunately!). Cari, like Fresia and Malvasia, is a wine characterisitc of the hills around Turin. It’s a sweet wine that lends itself to accompany desserts, biscuits dried pasta or even served without food. 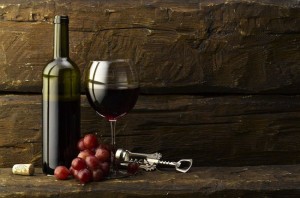 It was a wine appreciated in the noble courts since the 1600’s particularly due to its alleged aphrodisiac properties. Wouldn’t you like to try a glass of Cari?

There are many more ancient recipes and traditional products but now you can say that you know a little bit more about the history and ancient foods from Piedmont.

About the Writer: Irene Prandi writes for her blog: http://www.stuzzichevole.com/ 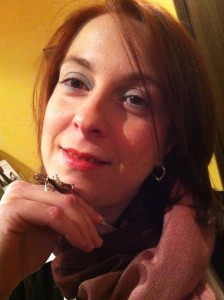 Connect with her here: